What Went Wrong With the 90’s “Purity Culture?”

Not too long ago, my twitter feed blew up with news articles covering the book-launch ceremony of former pastor Nadia Bolz-Weber.  Normally this sort of thing wouldn’t have made the nightly news, but Weber wanted to celebrate her tell-all expose of the failings of purity culture by commissioning a very unique statue…of a golden vagina. 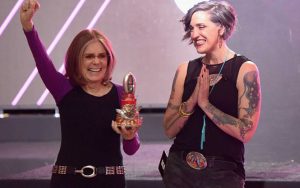 Nadia Bolz-Weber presenting Gloria Steinem with the golden vagina statue made out of melted down purity rings.

The statue, Weber believes, was metaphorically crafted by the evangelical church when purity culture launched in the spring of 1993 and thousands of hearts were sacrificed to the golden calf of virginity.

As more shame-filled testimonies came to light, Christian parents were called to stop the cycle of hurt by abandoning the toxic message of chastity. Instead, Christian sexologists like Dr. Tina Schermer-Sellers, said that what we should be teaching our children is that, as long as you are committed to your partner, you are modeling God’s intent for love regardless of who they are or when you sleep with them–something Sellers calls the “New Covenant Sexual Ethic.”1Bunn, Bob Path of Purity: A Family Guide (Nashville: Lifeway Press, 2010)

Did you feel your discernment alarm going off just now? Yeah, me too. That’s because Seller’s and other liberal Christians are using the abuse of the chastity message to advocate a humanistic view of sexuality that has just enough Jesus to make premarital sex sound biblically supported and morally right.

Here at Mama Bear Apologetics we believe that our kids deserve the truth, but we also understand that when the truth has been abused by the people we trust most it no longer looks attractive…and can seem downright terrifying. So we are going to start our series on sexual ethics by tackling what went wrong in the purity culture a lot of us grew up in. To get off on the right foot we have to first look at what was taught in its original context which, unfortunately, a lot of books missed. We don't abandon truth because of its abuses. We correct the abuses and stand firm in the truth. Click To Tweet

Luckily for me, our seminary library had copies of the early True Love Waits (TLW) manuals and loads of purity themed bible studies, which I happily snatched up. So refill that coffee cup, and let’s take a look at 90’s purity culture. 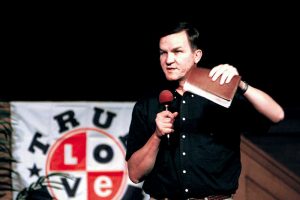 In 1992, Dr. Richard Ross and Jimmy Hester first sketched out the ministry that would eventually become True Love Waits.2 https://www.lifeway.com/en/product-family/true-love-waits/history Their goal was to speak over the voice of the sexual revolution and advocate the superiority of the biblical sexual ethic to teens and singles. To be effective though, required more than just a fatherly, “Don’t do it.” They believed we needed to present truth while being appealing, practical, and rooted in the redemptive power of Christ. And they couldn’t do it alone, they needed parents.

You read that right. No more passing off “the talk” to the middle school health teacher. (Seriously, they suffer enough.) Instead, parents were called to take the lead role as primary sexual educator to their children and were invited to attend training classes that explained the TLW curriculum and offered written materials to help them have meaningful discussions about sexuality at home.3 True Love Waits Goes Home (Nashville: Lifeway Press, 2002) Pg. 7-8 True Love Waits Crossing Bridges With Purity (Nashville: Lifeway Press, 1998) Pg.10-12 Bunn, Bob Path of Purity: A Family Guide (Nashiville: Lifeway Press, 2010) Entire book. Youth leaders, then, reaffirmed these “home chats” by teaching that God designed sex to be shared exclusively between a husband and wife.

Now it didn’t take long for teens to get allllllll philosophical about what actually counted as sex.  So to avoid any confusion, TLW authors advocated purity instead of just abstinence. This broader emphasis better communicated the biblical standard for holy living while rejecting potential gray areas like pornography, impure touching, impure thoughts (lusting) and conversations. 'How far is too far?' -- Every teen in the 90's. (To be fair, probably every teen ever...) #apologetics #purityculture Click To Tweet

At lock-ins and DNow weekends, students were told that they were not slaves to their raging hormones but could avoid STD’s, unplanned pregnancy, and remain “pure” until marriage, by relying on Christ, having an active support base, and setting healthy boundaries. These boundaries were most recognizably outlined in Joshua Harris’s book, I Kissed Dating Goodbye. In it, Harris told teens they could avoid the heartache of superficial relationships (those made without any intention of commitment) and the temptation to compromise their moral convictions by giving up the “selfish” pursuit of a boy/girl friend.4 Meaning that you want a boy/girl friend for social status, infatuation, or just because it’s the thing to do.

This didn’t mean that they couldn’t hang out with friends in groups, only that intimate dating should be avoided until they were ready to head to the altar. In the meantime, teens were encouraged to protect each other’s purity as well. Guys were told not to mislead girls into thinking the relationship was more than it was in the hopes of luring her into the bedroom.5 Ibid. Harris Girls were encouraged to dress modestly, as a guy’s mind easily wanders when revealing clothing left little to the imagination.6 https://www.psychologytoday.com/us/blog/evolution-the-self/201205/the-triggers-sexual-desire-men-vs-women Harris didn’t say guys were some sort of sex-starved zombies, only that a guys mind responds very quickly to visual stimulation, which is backed by numerous psychological studies. Both were advised to seek friendship rather than romance first, as it is a person’s character, not an emotional state, that withstands the stresses of marriage. If the good-looking hunk of creation they admired didn’t want anything serious, teens were encouraged to move on. It wasn’t worth the risk of giving a piece of themselves to someone who never intended to stay in the first place.

But what happened if this message came too late and those in the audience had already gone too far? Were they beyond redemption? Not at all. Christ’s death and resurrection meant that we were no longer slaves to sin. They could find forgiveness and love in Him. But the Jesus who said “You are forgiven,” also said, “Go and sin no more.” This meant that some teens needed to avoid one-on-one situations, install internet and tv restrictions, and refrain from certain conversational topics. For others, it meant that their relationship had to end so they wouldn’t fall back into impure practices. No book, ministry, or speaker said it would be easy, but each agreed that pursuing after God’s design is always the best choice. But what about the teens who had already 'gone too far'? #apologetics #purityculture Click To Tweet

If what you just read sounded totally different from your “purity culture” experience, you aren’t alone. In the original curriculum, truth and grace were fairly balanced, but by the time this message reached youth groups, things often went sideways.

For starters, the movement itself wasn’t perfect. Several stories, skits, and metaphors in the leader guides devalued the human body while seemingly idolizing virginity. Students who weren’t virgins were compared to chewed gum, half-eaten lollipops, flowers without petals, or used pieces of tape. There were even youth activities to emphasize these points.7 Ibid. TLW. Students were given pieces of tape and told to stick them to different colored construction paper. This symbolized themselves if they had sex outside of marriage. Same concept with the snack food though, thankfully, no youth groups were forced to share one lollipop. 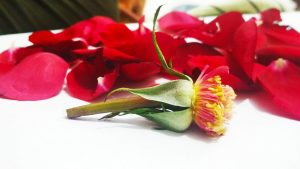 Now everyone pass around this rose… Touch it. Smell it. Oops! Where’d all the petals go? Who wants the rose now? Okay, let’s begin our lecture on purity. (The Mama Bear answer? Jesus. JESUS wants that rose.)

These were supposed to be examples, but overly-zealous church leaders made them their primary focus, neglecting the redemptive work of Christ. Some even ignored the original design of the curriculum by excluding parents, refusing to be transparent about what was being taught, or by integrating their own perverted twists to the lessons.8 Klein, Linda Kay Pure: Inside the Evangelical Movement that Shamed a Generation of Young Women and How I Broke Free (New York: Touchstone, 2018) This happened in Klein’s small-town church, and she mistakenly implied that all evangelical churches were the same.

Then you had the fundamentalist parents. These folks were so committed to keeping their kids on the straight and narrow that they barely told them what sex was.9 Ibid. Klein. Klein noted this throughout her book, and I heard this as well as from personal testimonies of women I spoke to. After all, you can’t desire what you don’t know exists, so sex ed was avoided like the plague.10 Ibid. Klein. Gnosticism was all the rage when it came to sex talk avoidance, but students found other sources to use, namely their friends and classmates. (I mean, seriously… what could possibly go wrong?) By the time these students reached adulthood, they were so crippled by legalistic or false teachings that they found themselves struggling with intimacy in their marriage, were ashamed of their bodies, or thought that their sexual development and attraction towards others was a threat to their salvation.11 Schermer Sellers, Tina Sex, God, and the Conservative Church (New York: Routledge, 2017) Talk about unintended consequences!

As a result, women like author Linda Kay Klein grew to resent the traditional teaching of chastity, and are now encouraging Christian parents everywhere to pass on such a shame-filled message.12 This trended on Twitter as the #churchtoo movement.

So what do we do instead?

If we want to give our children a healthy reverence for God’s design for sex then we cannot repeat the mistakes that sent so many young Christians out of the church. Avoiding these issues, however, doesn’t mean that we have to abandon God’s design for sex within marriage, it just means we have to alter the way in which these lessons were taught so that they better align with the nature of God.

So if you (or someone you know) were ever told that no one would want you if you weren’t “pure,” that your virginity determined your standing with God, or that your body was a stumbling block to men, look at the top 5 most damaging messages that came out of the 1990’s “purity culture” and see if we can’t offer a more biblical approach.

Klein, Linda Kay Pure: Inside the Evangelical Movement that Shamed a Generation of Young Women and How I Broke Free (New York: Touchstone, 2018)

Important statement by Dr. Richard Ross reflecting on the backlash of TLW: