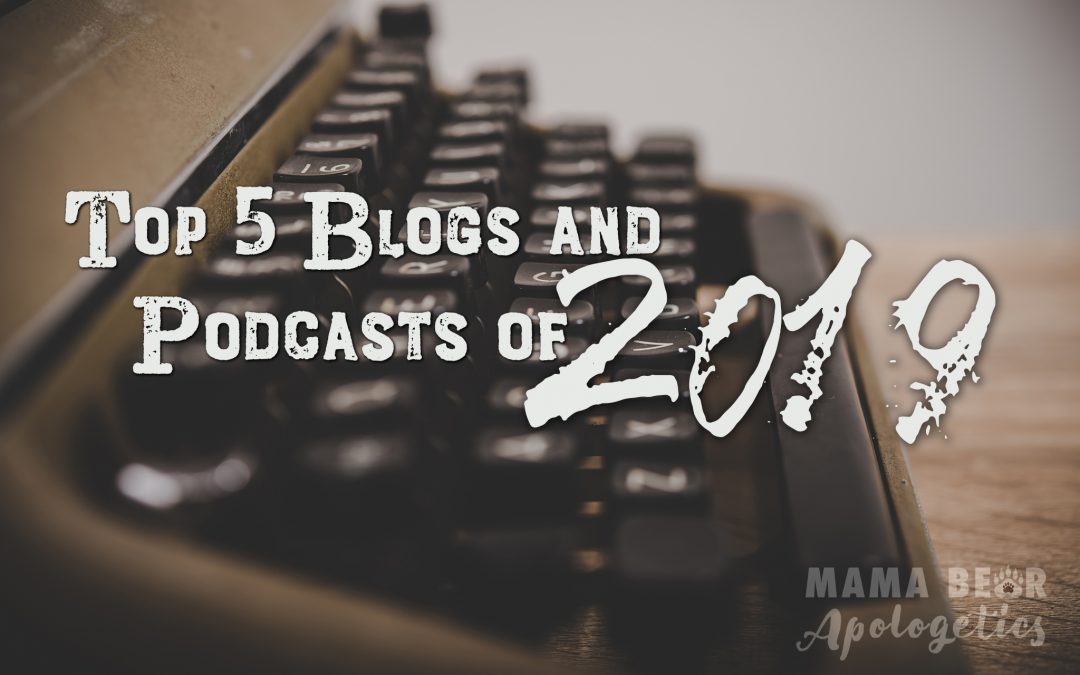 We know a lot of you are reflecting on your personal accomplishments of 2019 (we’re cheering for you whether you won the Nobel Peace Prize, got a promotion at work, improved your health, or just put on pants every day! #babysteps). When we asked you a few weeks ago on social media what your favorite thing was that Mama Bear Apologetics did in 2019, the answer was overwhelmingly our book, and we were thrilled to hear that the book has been so meaningful for you! In addition to the book, though, we stayed faithful with both the blog and the podcast to help you tackle some of the biggest issues facing our culture. So, let’s take a moment to look back at our Top 5 blog posts and Top 3 podcasts. You can click on the titles to be taken directly to them. Before we move onto 2020, let's look at some of our most rockin' blogs and podcasts from 2019! #apologetics #gratitude #top5 Click To Tweet 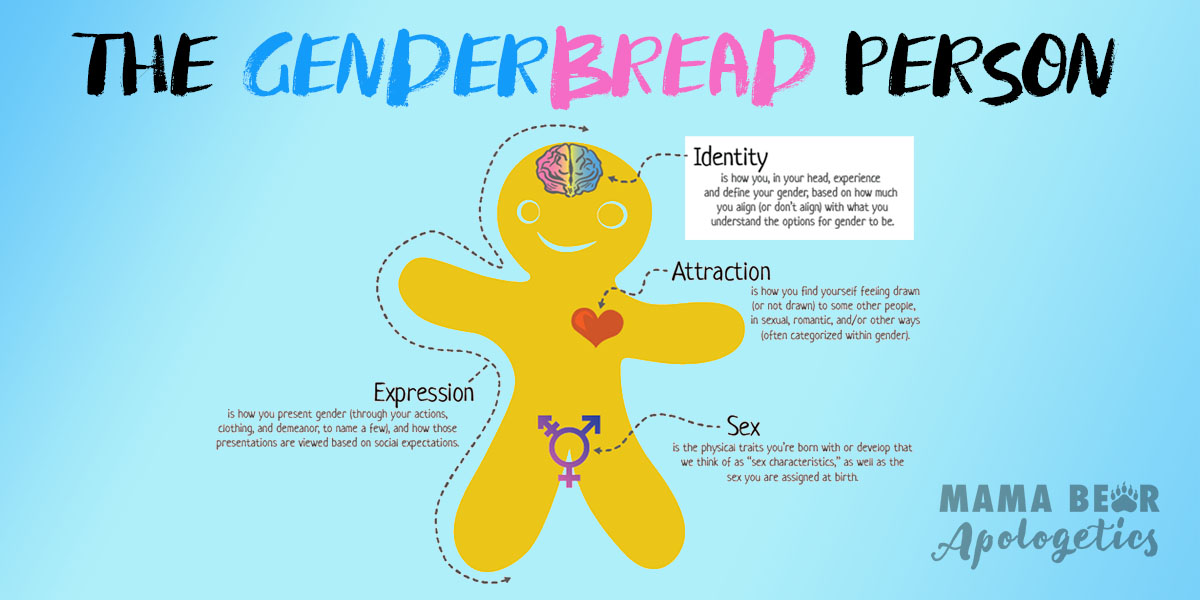 This article kicked off our four-part series on the Genderbread Person—an online curriculum designed to help parents tackle the issues of gender and identity with their kids. Hillary addresses the many problems with the curriculum, and in this particular article, talks about how God designed us to be male and female, even if we don’t always fit into the gender “norms” created by our culture. 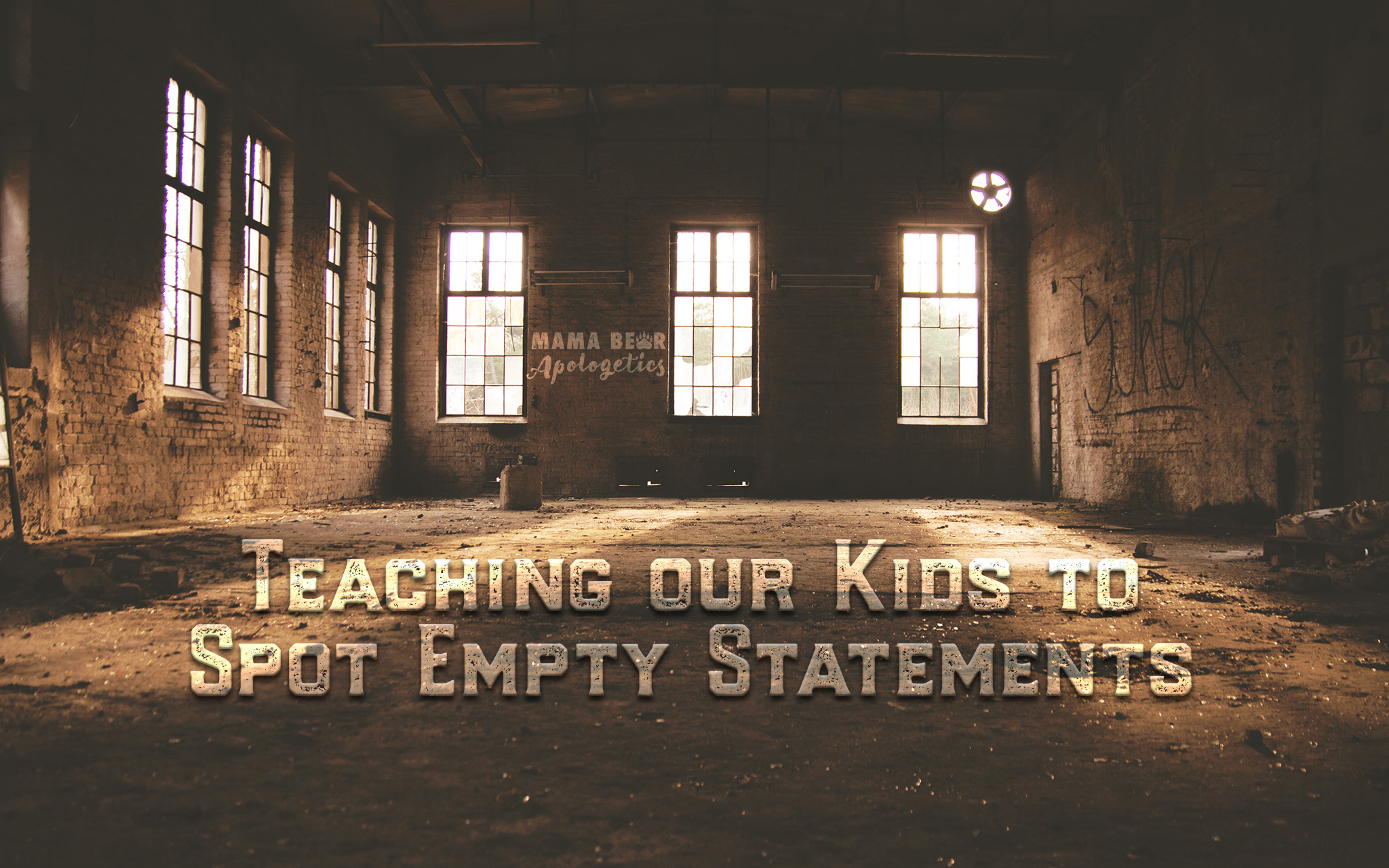 While at the state fair with her husband John, Hillary F. heard a band singing about how we are all children of the earth. The band’s leader told the audience that their goal as a band was to spread the message of unity and love. Sounds good, but what does it mean? Hillary notes, “Unity has to have a conviction that people are unified around. Unity without a unifying message is just a group of people with no convictions whatsoever. In Christianity, we are called to unity.” This article emphasizes the importance of teaching our kids discernment and how to understand the messages they hear, even when you’re at the state fair. 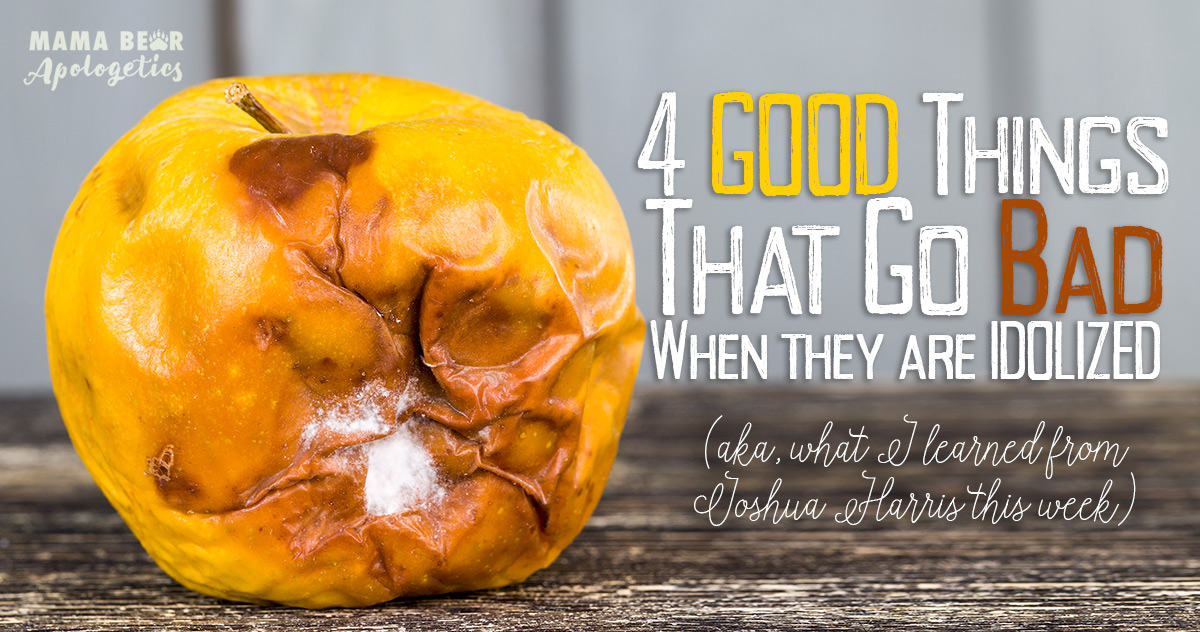 3. “4 Things that Go Bad When They are Idolized”

One of the biggest news stories out of the Christian world in 2019 was Joshua Harris’s (author of I Kissed Dating Goodbye) departure from the faith. In this article, Hillary talks about some of the similarities she sees in various deconversion stories, from incorrect theology to an idolized view of a pastor to emphasizing ourselves above Christ to having an emotional faith grounded in experiences rather than the Gospel.

I have started noticing a trend in many of the deconversion stories I have read. What seems to precede the “falling away” for several of these men and women is idolatry of some sort—placing an unhealthy emphasis on something other than the Gospel. Many of these things are not—in and of themselves—bad. When placed in competition with Christ, there’s only so long that the soul can pretend to serve two masters. Eventually, there is a schism and often, it is orthodox Christianity that is left behind. Here’s a few of the trends I have noticed. 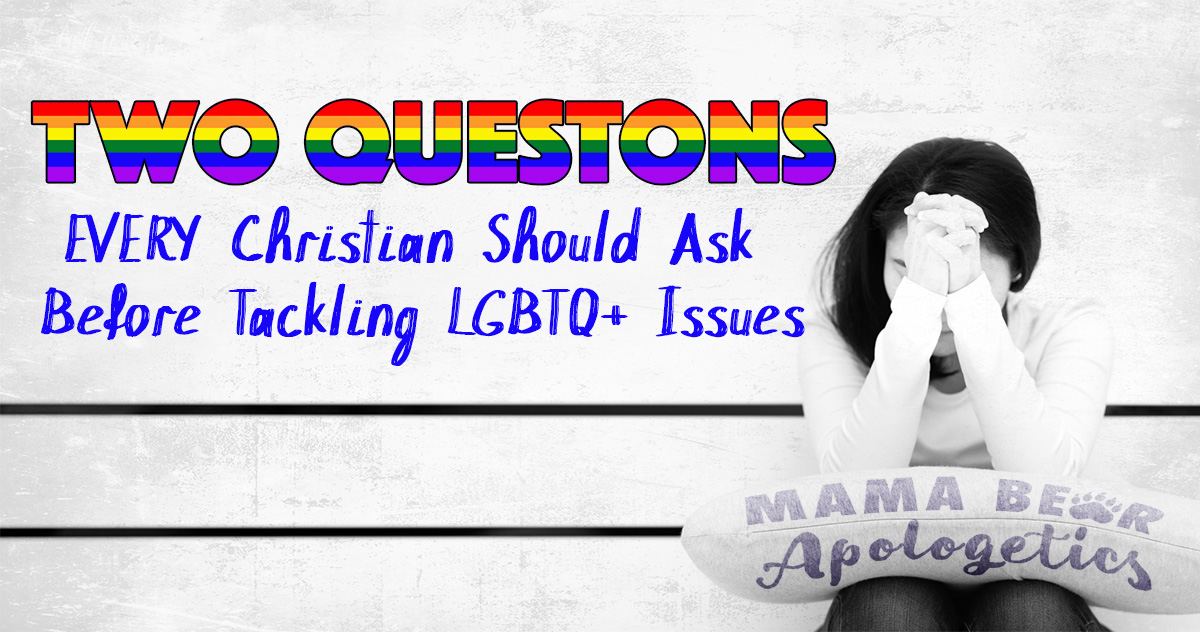 2. “Two Questions EVERY Christian Should Ask Before Tackling LGBTQ+ Issues”

This article was published during Pride Week 2019 in June, and in it, Hillary talks about the impasse believers often find themselves in when they feel caught between the false dichotomy between truth and compassion. She describes two questions we should ask before addressing LGBTQ+ issues: 1) If same-sex attraction is not something you have ever struggled with, have you ever fully put yourself in a struggler’s shoes? and 2) Are you willing to stand before God and say you helped someone stay in bondage to a distorted view of Him when it was His desire for them to walk in Freedom? 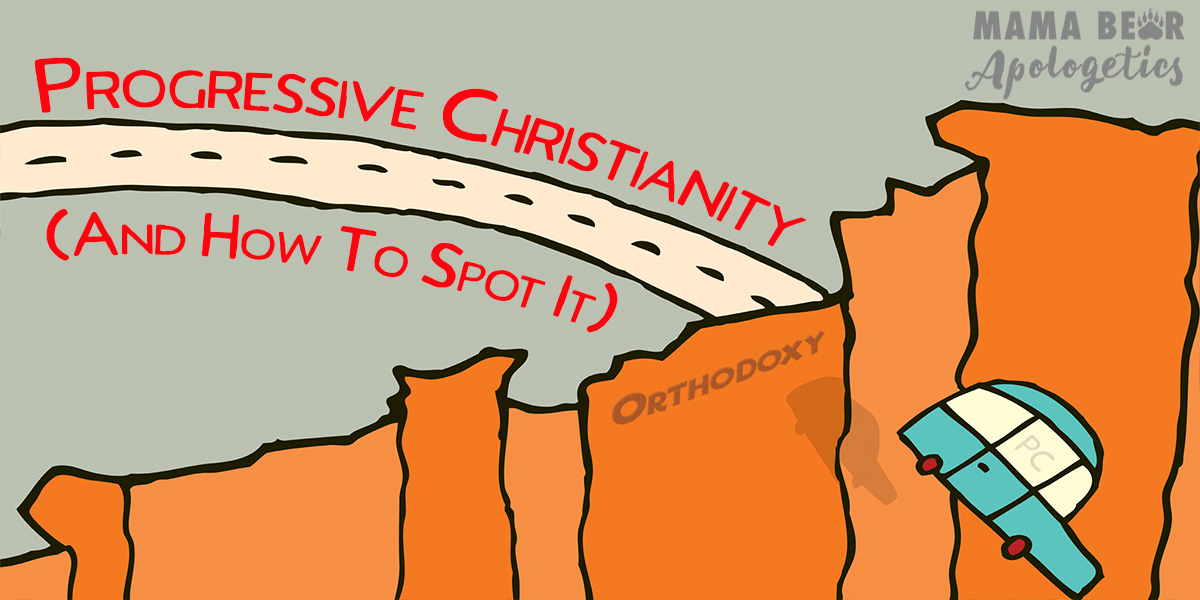 1. “Progressive Christianity and How to Spot It”

In our most popular article from 2019, Lindsey describes Progressive Christianity and offers some tips on how to spot it in your own church. Don’t fall for the tricks and traps of progressivism in the church. Lindsey writes:

Progressive Christianity doesn’t necessarily view the Bible as God’s Word and bases their theology on 1) personal conscience or experience and 2) cultural norms. But they still like to use a lot of the same words like ”inspired,” so, well-meaning Christians like you and me are easily sucked into the progressive abyss. It’s a combination of agnostic beliefs with all the warm fuzzies of Christian-ish traditions, and far too many naive Christians are falling prey to it.

As you can see, we covered quite a lot in our blog this year. We tackled some tough issues in our podcast, too, from Richard Dawkins’s new book to the Purity Culture, so we thought we’d round up our Top 3 podcasts. You’ll notice that the topics bear a striking resemblance to what our Top 5 blog posts were about. 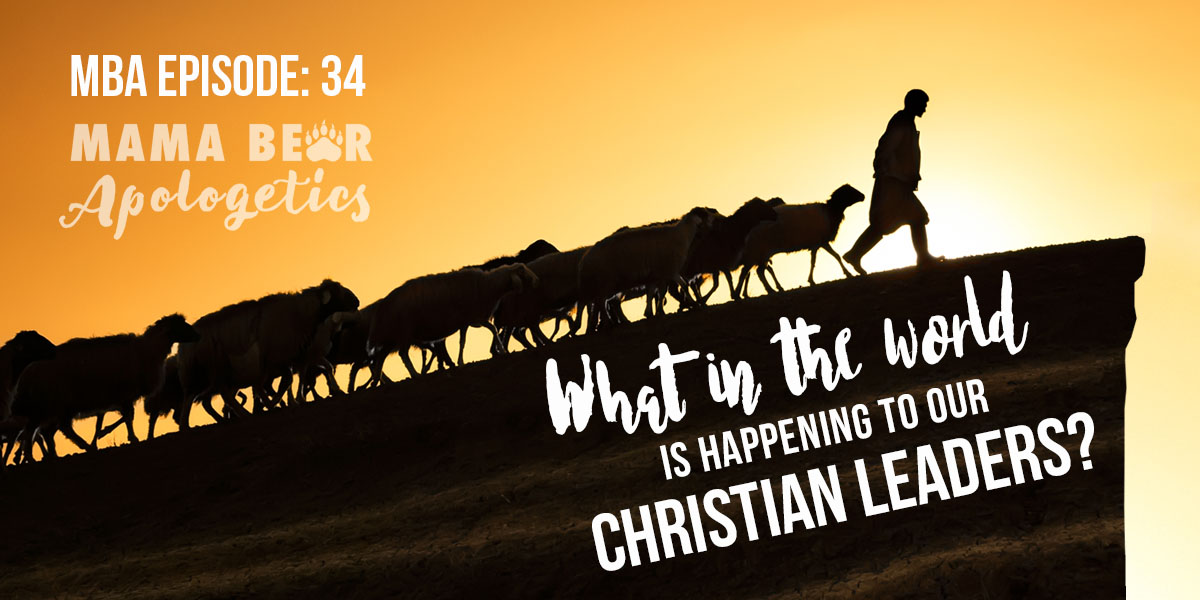 3. MBA Episode 34: What in the World is Happening to Our Christian Leaders?

Hillary and Amy talk about the various deconversion stories that happened in 2019 and what implications the church’s response may have on culture and faith.

We are only starting to see the beginning of the great falling away. (or the great “deconstruction” as Joshua Harris might say…) The cultural milieu is militantly against the Christian message and we are seeing the devastation caused by a generation who thought that Christian faith would reinforce itself. (Hint: it won’t.) 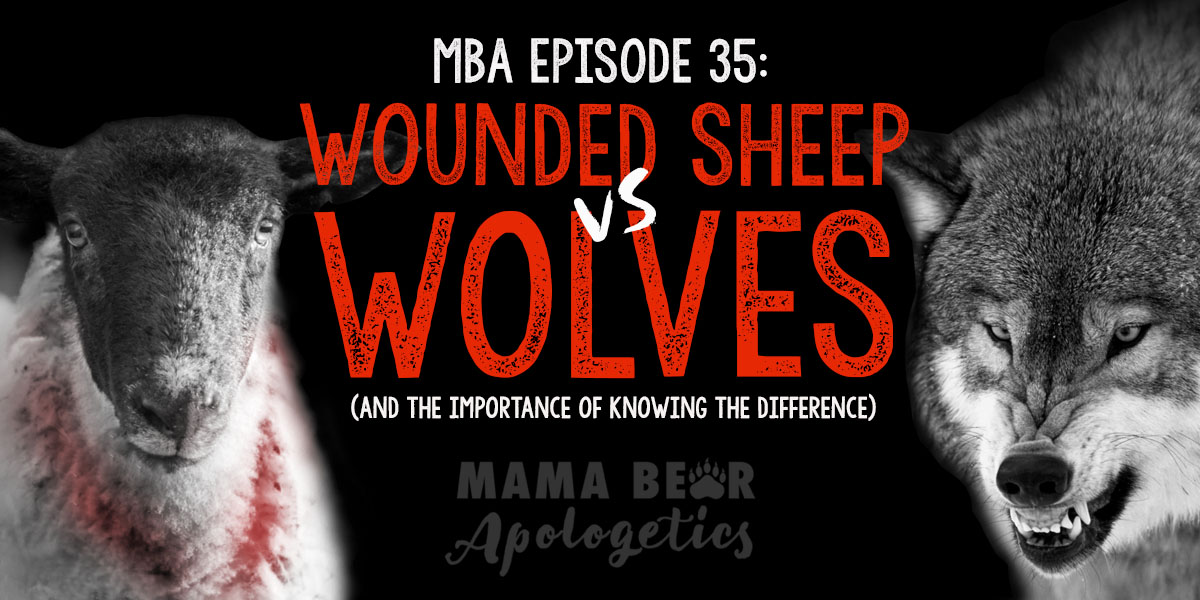 2. MBA Episode 35: Wounded Sheep vs Wolves (and the Importance of Knowing the Difference)

This was a follow up to the podcast about our Christian leaders and deconversion. Here, Hillary and Amy talk about terms like sheep and wolves, and how those words are important to understand when looking at deconversion. They say, “There’s nothing more dangerous than a wounded animal because a wounded animal doesn’t recognize the difference between someone trying to help them and someone causing further hurt.” 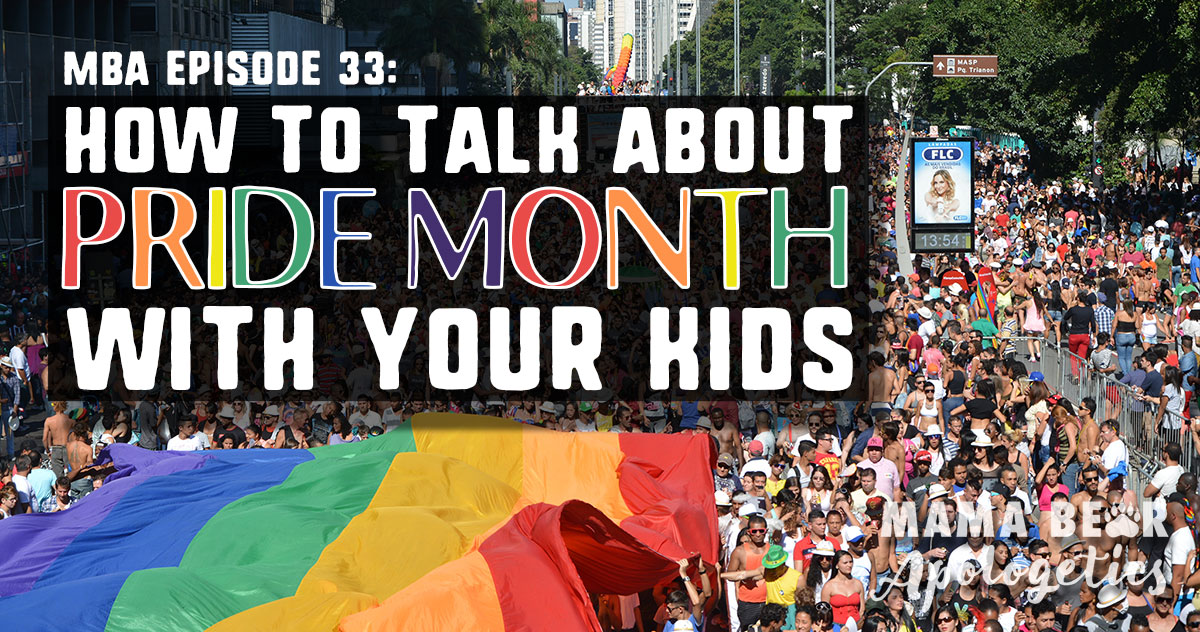 1. MBA Episode 33: How to Talk About Pride Month With Your Kids (but first meet Amy!)

Here, we met Amy for the first time and learned more about how she got interested in apologetics. We also covered Pride Month and how to have some conversations with your kids to help prepare them for what they’ll see or explain what they did see. One of our goals as Mama Bears should be to talk about the tough issues as often (and as easily) as we talk about what our kids had for lunch or who they played with during recess. We talked about what it means to #ROARLikeAMother.

Looking Forward to 2020 (so tell us what you want, what you really, really want)

It’s been fun for us to see what we’ve done this year on the blog and podcast, and we hope you’ve enjoyed looking back. Now that 2020 is on the horizon, though, what are some of the things you’re hoping we might discuss at Mama Bear? Let us know in the comments.

We are all in this together, so sometimes our posts are a bit of all of us.