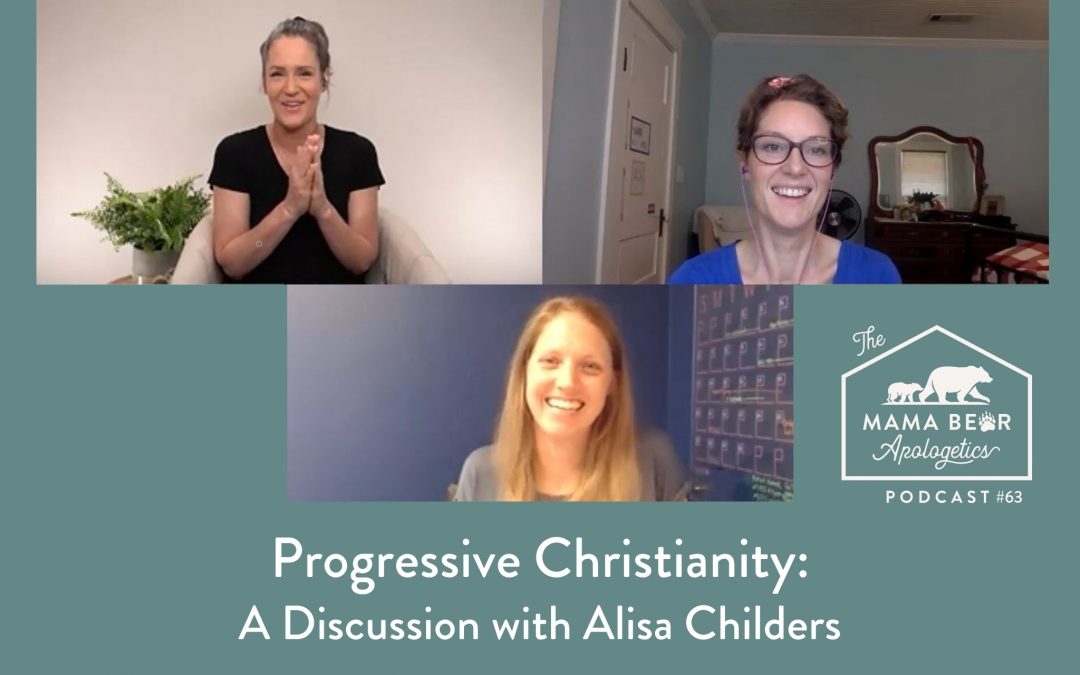 Join Amy and Lindsey as they talk with Alisa about Progressive Christianity, as well as her upcoming new book!

As a reminder if you enjoyed this podcast and would like to support Mama Bear Apologetics click here.

Inspiration for Your Truth and Other Lies

How to Identify a Progressive Christian

They affirm many different things but they deny the following:

Progressive Christianity in the Church

What is causing Progressive Christianity to Grow and what is drawing millennials?

Examples of how Progressive Christianity is shaping parenting?

What can parents do to help their kids understand that just because to them something is true, doesn’t actually make it true?

Universalism – theological doctrine that all human beings will eventually be saved; the principles and practices of a liberal Christian denomination founded in the 18th century originally to uphold belief in universal salvation and now united with Unitarianism.

Marxism – the political, economic, and social principles and policies advocated by Karl Marx especially a theory and practice of socialism including the labor theory of value, dialectical materialism, the class struggle, and dictatorship of the proletariat until the establishment of a classless society.

Pantheism – a doctrine which identifies God with the universe or regards the universe as a manifestation of God; worship that admits or tolerates all gods.

Live Your Truth and Other Lies: How Popular Deceptions Are Making Us Anxious, Self-Obsessed and Exhausted – Alisa Childers (coming Fall 2022)

“Christianity stands or falls based on the resurrection of Jesus being a real event in history.” – Alisa

“Know the Word, know the truth so you can spot the counterfeit.” — Alisa

“Christianity is true or it isn’t. It’s not in the ice cream category.” — Alisa

“Our goal as parents is to help our kids think well.” – Amy

Amy Davison is a former Air Force veteran turned Mama Bear Apologist. She is currently a grad student at Southwestern Baptist Theological Seminary studying apologetics and philosophy. She and her husband Michael (also former Air Force) have been married for over 12 years and have 3 kids. Amy is the Mama Bear resident expert on sex and sexuality, and she’s especially hoping to have that listed on her Mama Bear business card.