MBA Episode 52: Doubting Dawkins – Oh, Nuts! What Do Whale Testicles Have to Do With Evolution? 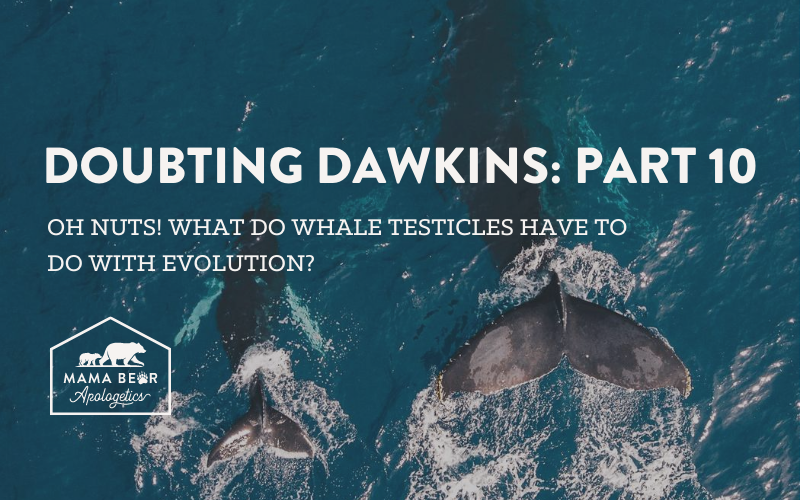 We took a break from our Dawkins series to discuss the racial tensions that have been building in our world (listen here), but we’re back with part 10 of our ongoing talk about Dawkins’s book, Outgrowing God. Today, we’re going to look at another area of his expertise, though he hasn’t really been involved in a lot of research since his PhD, about 20 years ago. We have some serious disagreements with him so let’s go ahead and dive in. The title of this chapter is “Bottom Up or Top Down.”

What Is Dawkins Saying?:

Richard Dawkins, Outgrowing God. The text that we have been discussing can be found on Amazon.

Resources to Watch with Your Kids: