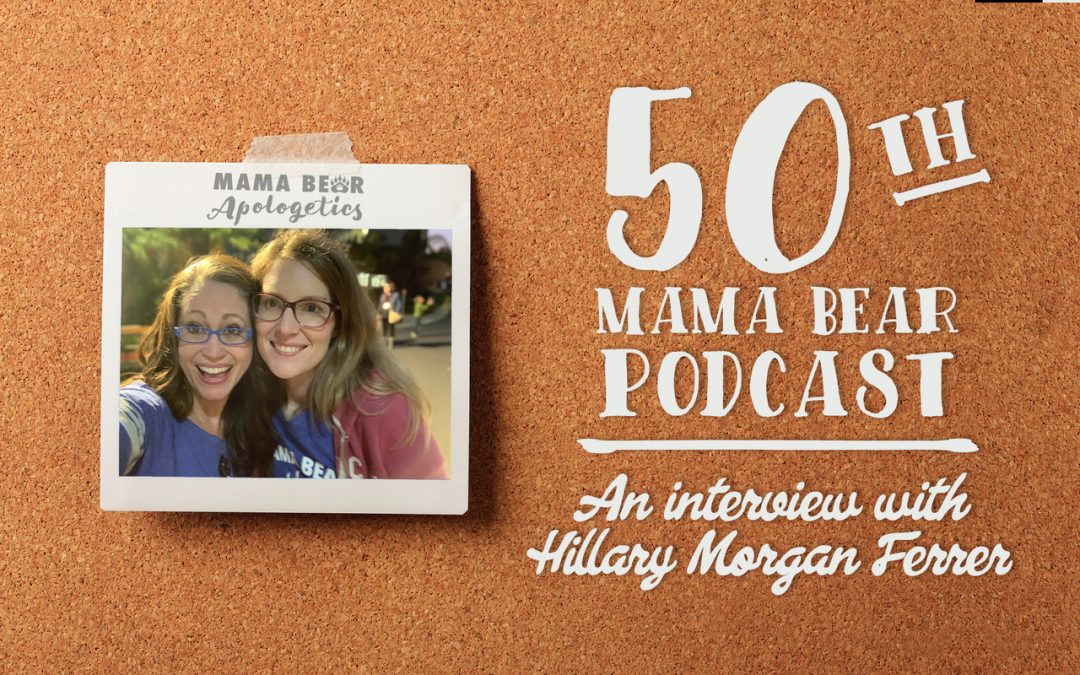 Today, we celebrate a very special milestone! This is our 50th podcast episode, and we’ve got something fun for you. We turned the tables on our Mama Bear-in-Chief, and Amy interviewed Hillary Ferrer. This is your chance to learn more about Hillary, from how she got involved with apologetics, why she started Mama Bear, and why she’s listed on the International Movie Data Base!