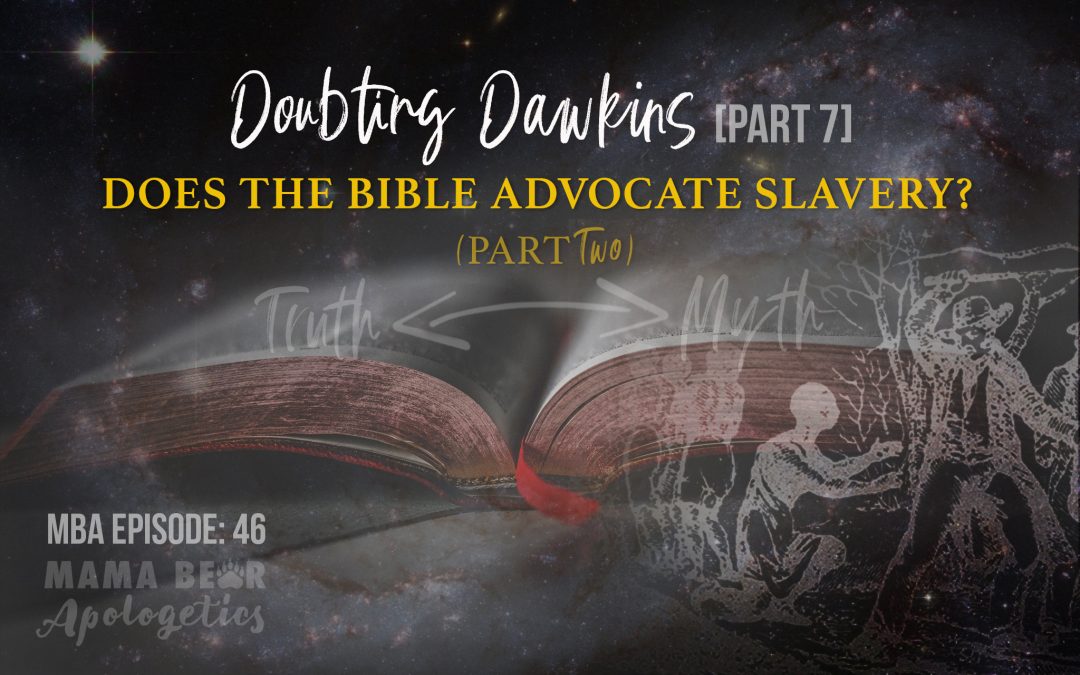 This is part 2 of our discussion of whether the Bible advocates slavery. You can listen to part one here.

Mama Bear Apologetics, “Can Atheists be Good Without God?” podcasts