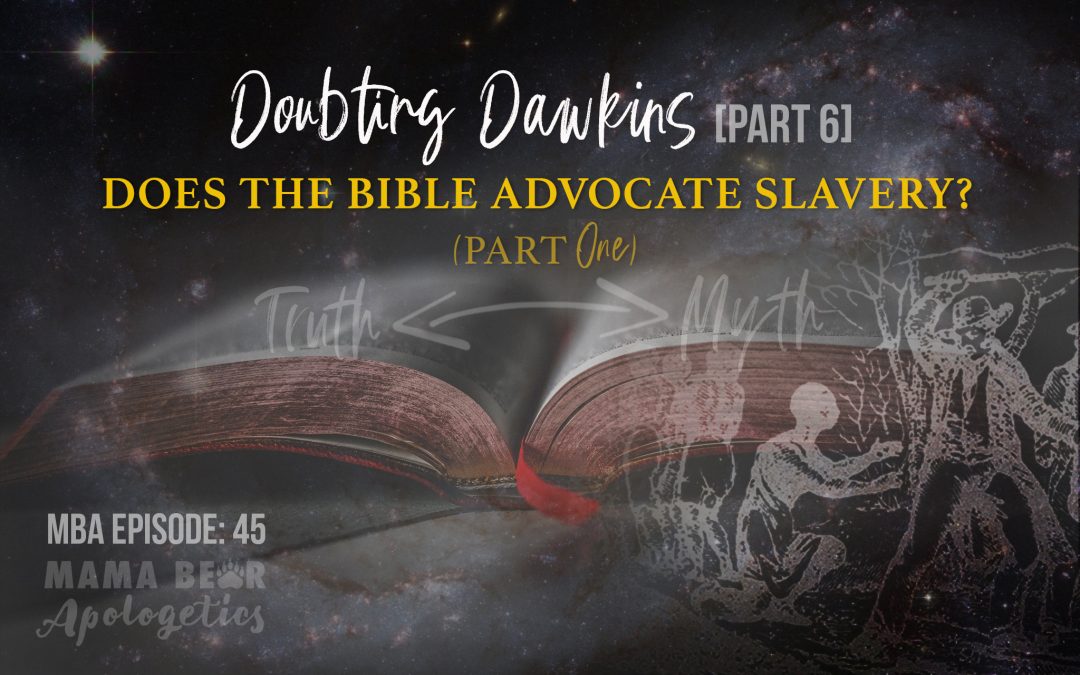 Today we are continuing with our Richard Dawkins series. As we are preparing for this podcast, we acknowledge it’s a tough book to discuss because he keeps introducing individual hornets’ nests and then moving on to the next. This is going to take some focus and not drift on to other challenges he raises. Today we are talking about Chapter 6 of his book, Outgrowing God. This chapter (“How Do We Decide What Is Good?”) is mostly focused on the topic of slavery in the Bible. We’ll discuss slavery in the Bible through various passages and concepts. We’ll also listen to John Ferrer’s talk entitled, “Does the Bible Advocate Slavery?” to help us talk about this huge topic.

We hope you learned a little more about how to sift through ideas, accept the good, reject the bad, and now you can teach your kids to do the same. Do you have any questions, comments, or ideas for future episodes? Send us an email at askthemamabears@gmail.com.

If we’re going to have the moral high ground, we have to earn it, we can’t presume it. Click To Tweet You don’t get morals from nature. You get survival. And survival isn’t necessarily the same as doing the right thing. Click To Tweet Naturalism doesn’t produce moral facts. Click To Tweet

Is God a Moral Monster?: Making Sense of the Old Testament God by Paul Copan, Amazon