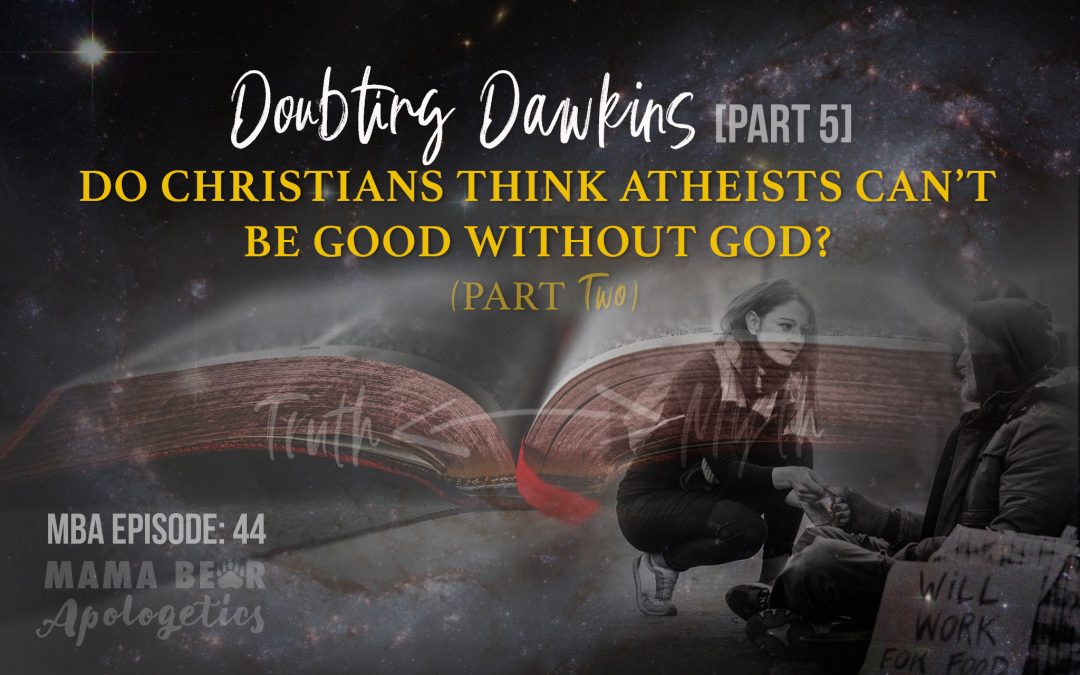 Today, we are back with Part 5 of our series on Richard Dawkins’s book, Outgrowing God. In this episode, we are tackling Dawkins’s question “Do Christians think Atheists can’t be good without God?” We think he is asking the wrong question. The question is not “Can atheists be good? Can they do moral things?” The real question is “How does someone know what good is without a moral lawgiver?”

Atheist Debates – “Do we need God to be good?” with John Ferrer and Matt Dillahunty, YouTube (October 2018)

“Nature is a Jerk. Don’t Expect Morality from It.” Article by John Ferrer