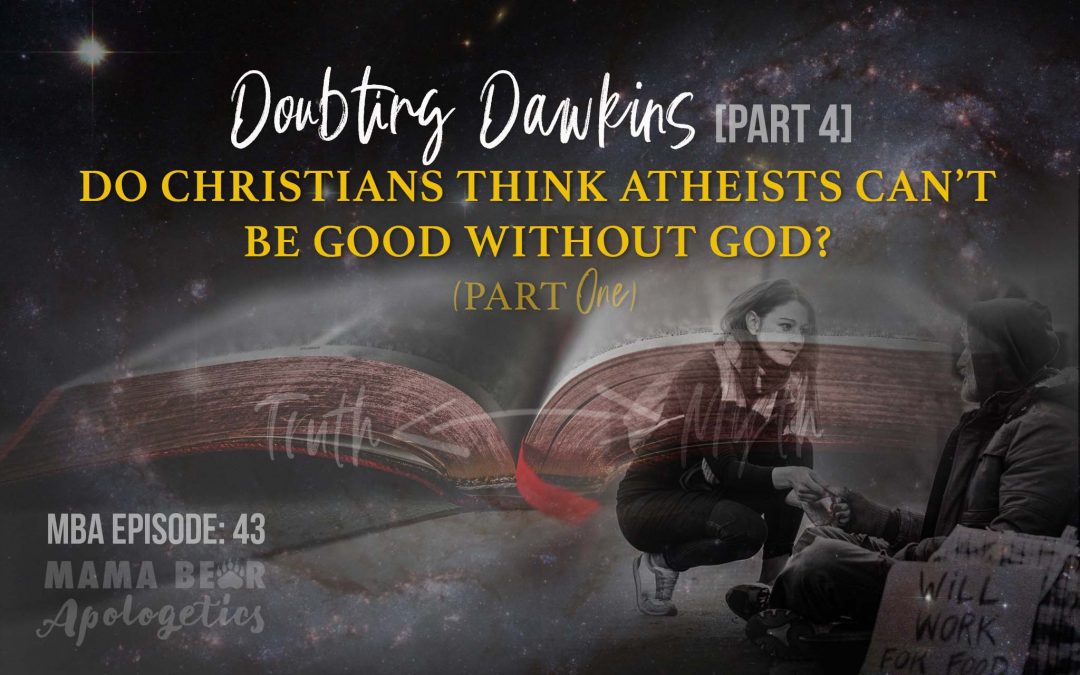 We are back to our Richard Dawkins series with Part 4. In this series, we are going over Richard Dawkins’ book, Outgrowing God. Today, we will be discussing Chapter 5, “Do We Need God in Order to be Good?” We’ll be talking about the topic of morality and staying away from the concept of “innate goodness.” Do Christians think that atheists can’t be good without God? How do we know what is good?

Atheist Debates – “Do we need God to be good?” with John E. Ferrer and Matt Dillahunty, YouTube (October 2018)

The Reason for God by Tim Keller, Amazon

Objective moral values are true for everyone at all times and in all places (hence the objective). Click To Tweet Jesus is more than just a nice guy. Click To Tweet It’s not about if people can be good or who can know good but HOW do they know good? Click To Tweet