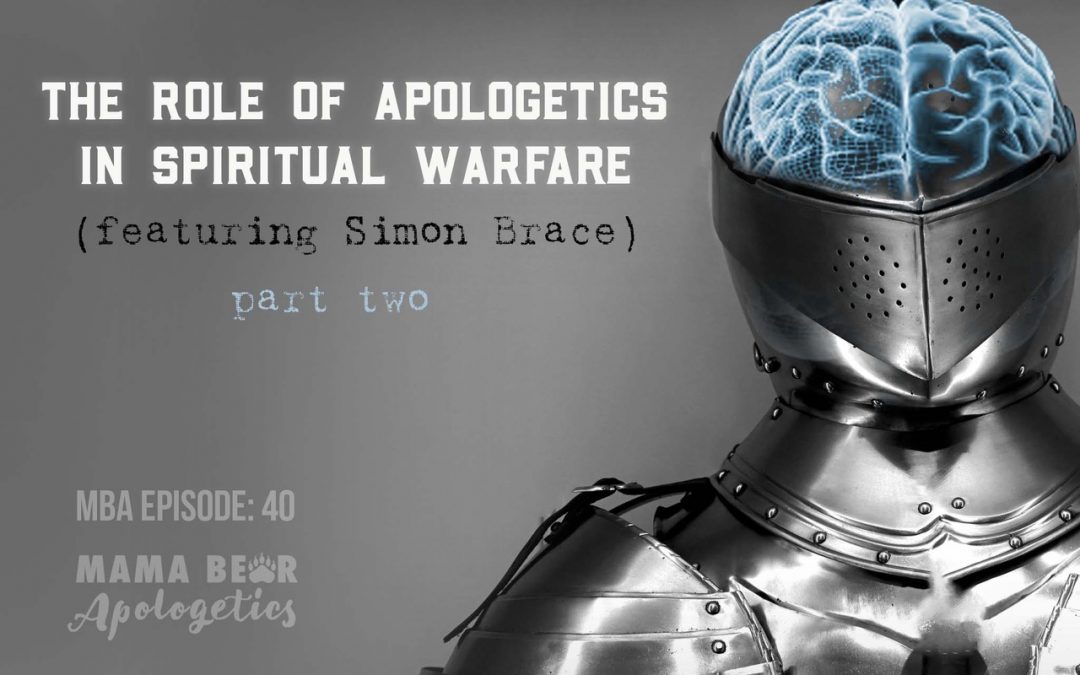 On today’s episode of Mama Bear Apologetics, we’ll continue to listen to Simon Brace’s talk on the use of apologetics as a means for spiritual warfare. We’ll be listening with you and discussing important points that Simon covers.

Ephesians 6:12 – a verse that Simon references in this talk.

2 Corinthians 10:3-5 – verses referenced and read by Simon during his talk.

We allow the enemy to distract us. He is the father of lies and if we expect anything other than absolute lies coming from his mouth, then we do not know who we are dealing with. – Simon Brace Click To Tweet Do not have zeal without knowledge. Click To Tweet