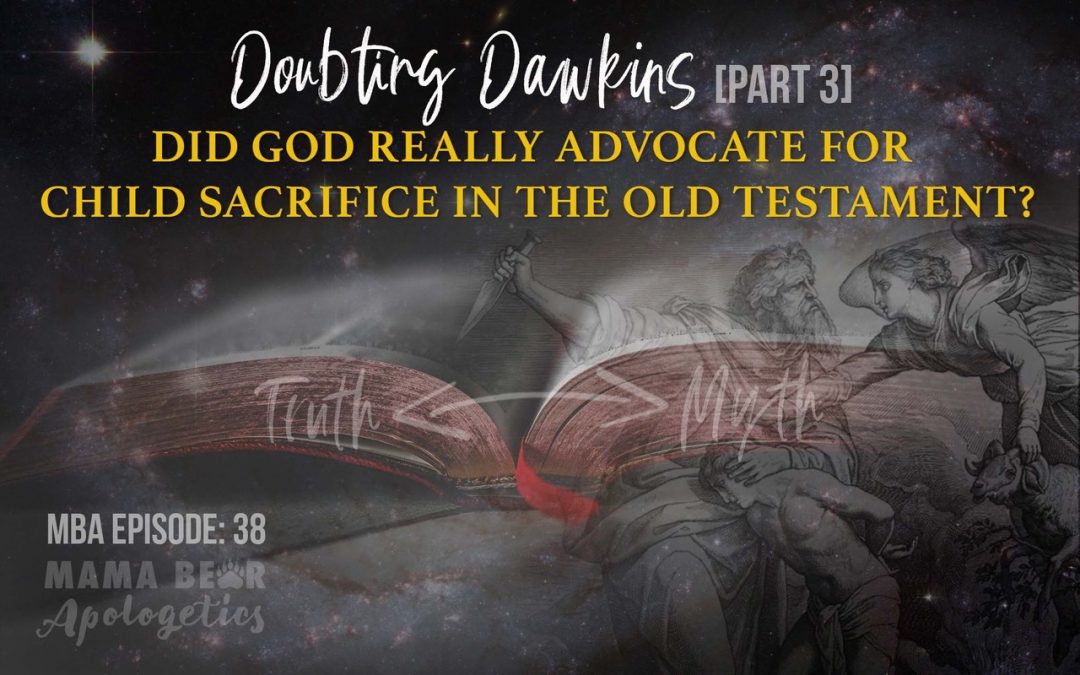 Today we’re continuing our critique of the Richard Dawkins book, Outgrowing God. We have been talking about his main criticisms of Christianity in each chapter. In this episode, we are in Chapter Four: “Is God Really Good?” We are going to take a few of Dawkins’ examples and channel Paul Harvey as we look at the rest of the story and see if they really show that God isn’t good, as Dawkins claims.

Atheist Debates – Do we need God for Morality? Matt Dillahunty and John Ferrer Debate 2018 – We compared this debate to Richard Dawkins’ question “Is God Good?”

From Creation to the Cross: Understanding the First Half of the Bible by Albert H. Baylis – This is a really great book which is a readable survey of the Old Testament.

Discovering Jesus in the Old Testament by Jean E. Jones – This book pointed out that the phrase “Take this son, your only son,” has a different meaning that most people think. The term “only” meant “unique” and not “one.”

Hillary’s article – “How Dawkins’ Outgrowing God Capitalizes on Our Culture’s Inability to Think Critically” – In order to delve into the topic more, read more about it in Hillary’s article.

Donate to the podcast here.

That is one of the unfortunate tendencies that you do see at times with folks who are atheists and who are tackling scripture, is that they don’t exactly give a fair presentation of what the argument is. Click To Tweet

One of the things we’re trying to (accomplish) in Mama Bear Apologetics is (teaching others to ask) how do we think through this and present things fairly? Click To Tweet

Because God is going to bless Abraham, He’s going to make him into a man of faith…Yahweh tests them as He tests all: not to tempt to sin but to cause increasing recognition of His ways. Click To Tweet

– Albert H. Baylis in From Creation to the Cross