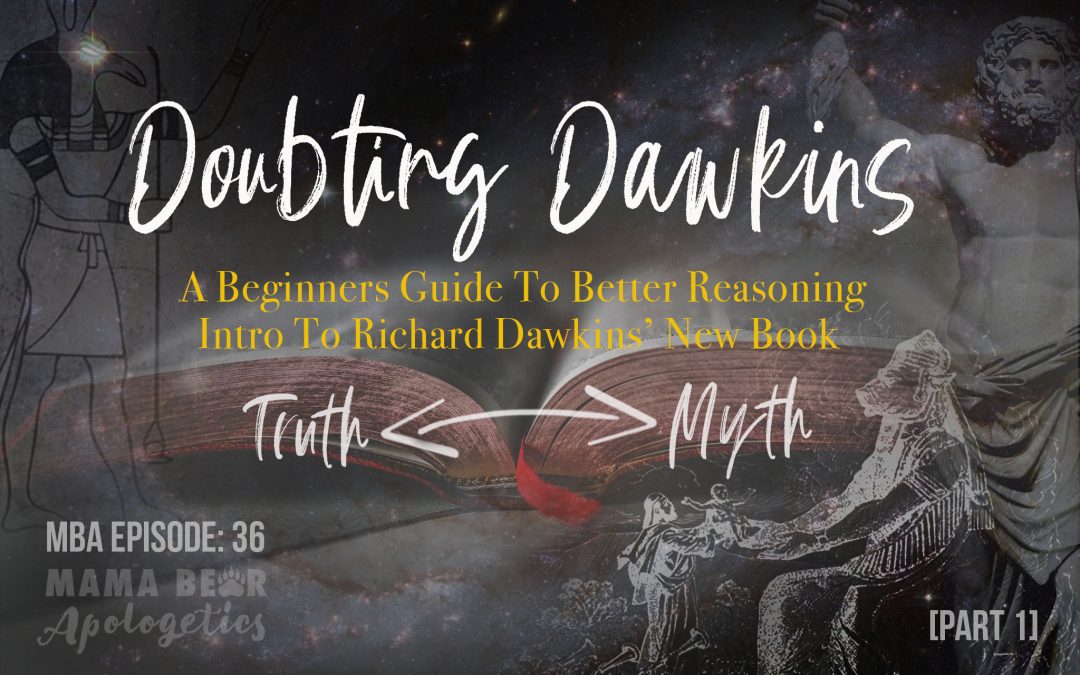 We’re talking about Richard Dawkins’ new book, Outgrowing God. We’re covering who Richard Dawkins is and what his book is all about. Today we will focus on the main criticisms of the book, as well as the different tactics that are covered in it. Does it stand to scrutiny?

Cold-Case Christianity by J. Warner Wallace –  a cold case detective who understands evidence, and presents evidence from the New Testament like he would a cold case

Video of woman at the AOC meeting talking about eating babies

John’s article – “Do Atheists Eat Babies? A Serious Answer to a Silly Question”

Hyper-Fundamentalism – A type of Christian denomination which is really strict, makes every issue a salvific issue, and focuses on authority rather than understanding. Questions are akin to rebellion and the list of rules in order to be a “good Christian” is quite lengthy

Zoroastrianism – an Iranian religion, founded circa 600 B.C. by Zoroaster, the principal beliefs of which are in the existence of a supreme deity, Ahura Mazda, and in a cosmic struggle between a spirit of good, Spenta Mainyu, and a spirit of evil, Angra Mainyu.

Because other conspiracy theories exist, therefore this (this Bible) must be conspiracy theory. It’s like, I think you’ve got a couple steps missing there… Click To Tweet

When you look at these conspiracy theories… he just starts crafting this caricature of what a Christian is, and it’s someone who is blindly holding onto their Bible and smiling while their head is wrapped in tinfoil. Click To Tweet