MBA Episode 34: What in the World is Happening to Our Christian Leaders? 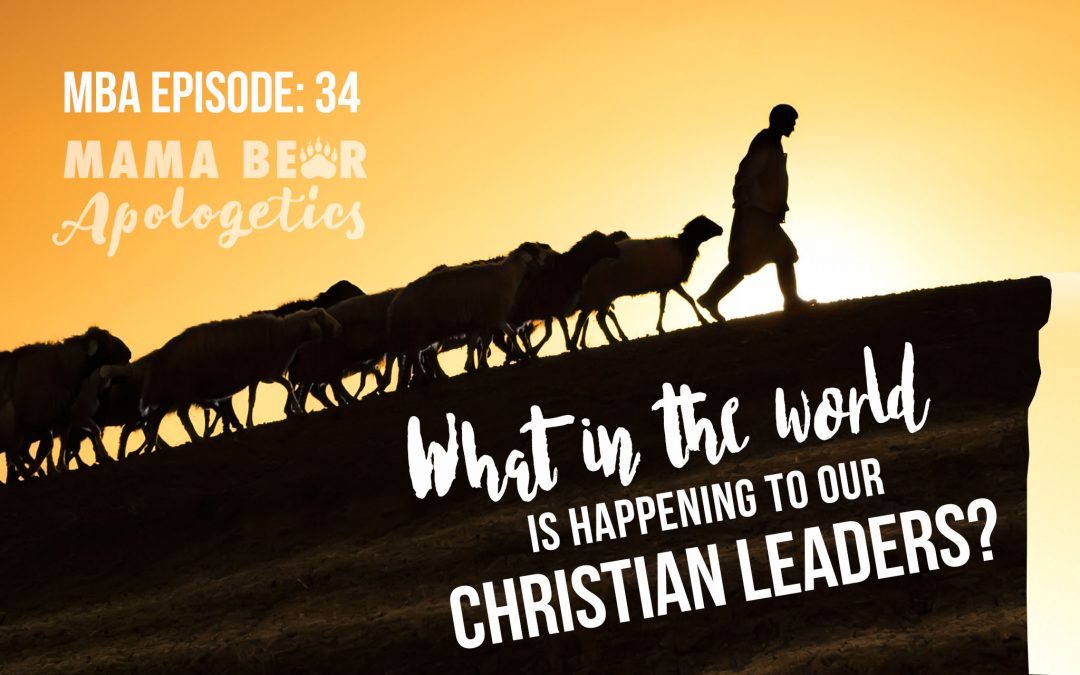 In 1 Timothy 4:1 it says “Now the Spirit expressly says that in later times some will depart from the faith by devoting themselves to deceitful spirits and teachings of demons.” This is what is known as “the great apostasy.” Apostasy is just a fancy word for falling away from the faith. Within the last few weeks, we’ve had quite a few outspoken Christian leaders do exactly this: they have announced to the world that they can no longer call themselves a Christian. (I’m waiting for the third. These things happen in threes, right?)

I (Hillary F) haven’t just noticed this with public figures. I’ve seen it happen to friends and friends of friends, and most specifically, I’ve seen it happen with one partner in a Christian marriage. I’ve had not one, not two, but three different women contact Mama Bear in this past month asking for advice for how to submit to God in a marriage where their once on fire (often professional ministry) husband has since walked away from the faith. These ladies are heartbroken as they now feel that they have to raise their children in the faith all on their own. Christianity is no longer the dominant force it once was in the west, and loyalties are waning now that it is not a culturally attractive title to hold. Loyalty to Christ is starting to wane now that 'Christian' is no longer an attractive title to hold in our culture. #apologetics Click To Tweet

It seems that everyone has a story nowadays. But again, this should not come as a surprise. In the second letter to Timothy, Paul says “For the time will come when people will not put up with sound doctrine. Instead, to suit their own desires, they will gather around them a great number of teachers to say what their itching ears want to hear.” (2 Timothy 4:3) We are only starting to see the beginning of the great falling away. (or the great “deconstruction” as Joshua Harris might say…) The cultural milieu is militantly against the Christian message and we are seeing the devastation caused by a generation who thought that Christian faith would reinforce itself. (Hint: it won’t.) Christianity is no longer reinforcing itself in our culture. #apologetics Click To Tweet

Join Amy and Hillary as they discuss the Hillsong worship leader’s original statements and the greater implications of the church’s response.

Time for some real talk. I’m genuinely losing my faith, and it doesn’t bother me. Like, what bothers me now is nothing. I am so happy now, so at peace with the world. It’s crazy.

I am not in any more. I want genuine truth. Not the “I just believe it” kind of truth. Science keeps piercing the truth of every religion. Lots of things help people change their lives, not just one version of God. Got so much more to say, but for me, I keeping it real. Unfollow if you want, I’ve never been about living my life for others.

All I know is what’s true to me right now, and Christianity just seems to me like another religion at this point. I could go on, but I won’t. Love and forgive absolutely. Be kind absolutely. Be generous and do good to others absolutely. Some things are good no matter what you believe. Let the rain fall, the sun will come up tomorrow.