MBA 33: How to Talk About Pride Month With Your Kids (but first meet Amy!) 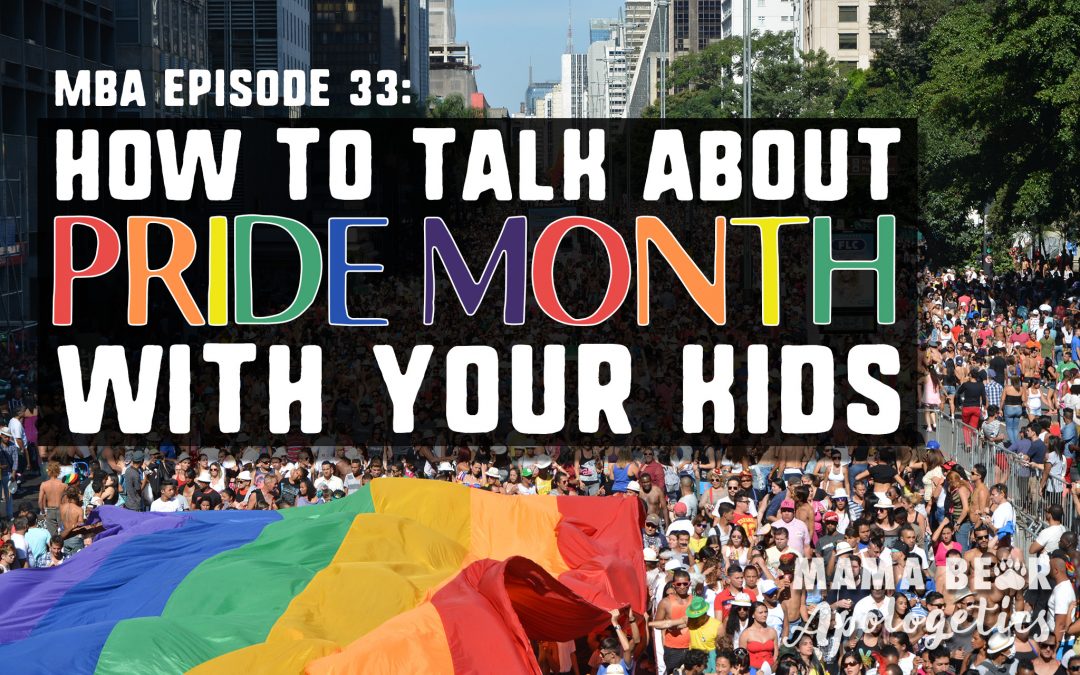 Meet Amy Davison, one of our new podcast co-hosts as she shares her story of how she became a Mama Bear Apologetics apologist.

Practical tips for addressing gay pride month with your kids:

“Why does this topic matter so deeply? Because our sexuality is a big deal.”

“There are certain topics that are more emotionally charged and require finesse and nuance. There are certain areas in human existence where the demons of condemnation love to hover and attack. Identity is one of those areas.”

“This is for many like an open, festering wound. We cannot go casually poking around and expect them to thank us.”

“It is easy to forget that the words we say, cloaked in scholarly language, can cut someone to their very core, to their very soul. We can’t afford to do this kind of worldview surgery lightly.”

“Being counter-cultural doesn’t mean you have to give up everything, but it does mean that you have to expect to be different.”

“The world would love for your kids to remain ignorant, because if they are ignorant then they have no defenses and are easy targets.”

“It’s so much easier to train Lucy, than to rescue Edmond.”

“Sex is the effective religion of our culture. Sex is like a religion, not only because it is objectively holy in itself, but also because it gives us a subjective foretaste of Heaven – of the self-forgetting, self-transcending, self-giving that is what our deepest hearts are designed for, long for, and will not be satisfied until they have.”

“Merely having an open mind is nothing. The object of opening the mind as in opening the mouth is to shut it again on something solid. Otherwise it could end up like a city sewer rejecting nothing.”

“You got to look at the way that the Lord has treated you, it’s so much more graciously than the way that we sometimes treat people who are not as far along in their walk with Christ.”