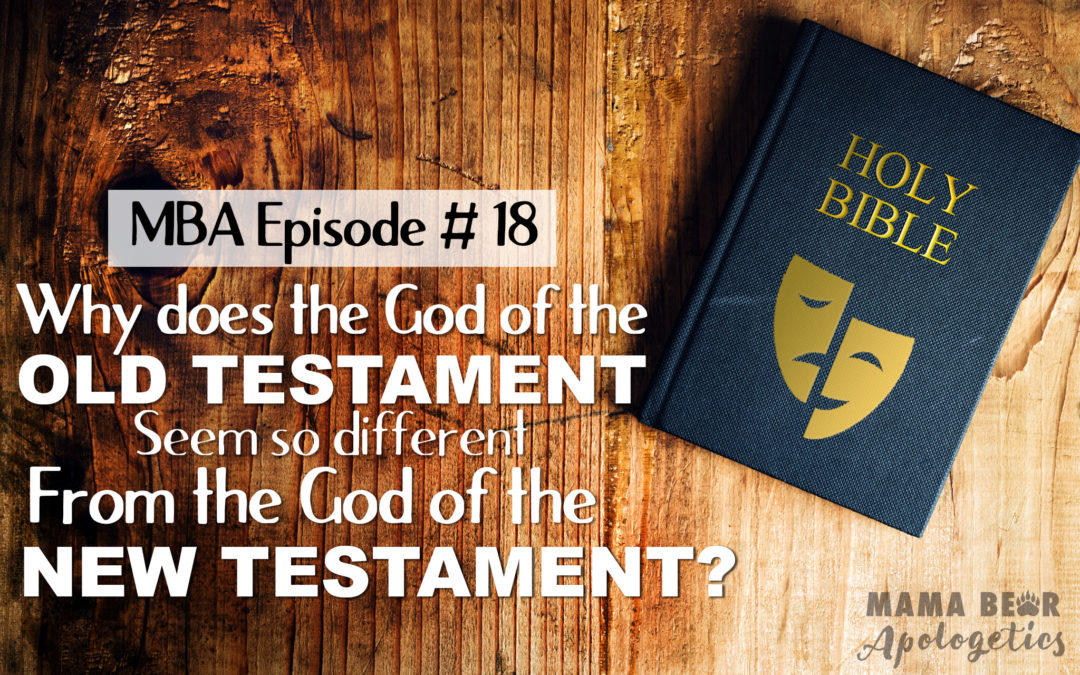 “It is often said with a sneer that the God of Israel was only a God of Battles, ‘a mere barbaric Lord of Hosts’ pitted in rivalry against other gods only as their envious foe.” (From “The Everlasting Man” by G.K. Chesterton)

It is indeed often said with a mocking and dismissive sneer that the God of the Old Testament is a genocidal maniac. This is nothing new under the sun. G.K. Chesterton ran into the same charge in his day and he had something to say about it as a former atheist turned Christian.

In The Everlasting Man, Chesterton sweeps across human history with lightning speed (relatively speaking) to show how history had been working towards the incarnation of Christ. Why take such a journey? Because we moderns are viewing Christianity all wrong. We’ve fallen into a sort of historical myopia or an “intervening valley” of skepticism from which we cannot properly see how Christ’s Incarnation fits into all of human history. He writes that with respect to modern skeptics:

They cannot get out of the penumbra of Christian controversy. They cannot be Christians and they cannot leave off being Anti-Christians. Their whole atmosphere is the atmosphere of a reaction: sulks, perversity, petty criticism. They still live in the shadow of the faith and have lost the light of the faith.

Chesterton begins his chronological journey with our earliest known artifacts of prehistoric man (cave art) and works his way towards the birth of Jesus, along the way tearing down stronghold after stronghold in modern thought about the peoples, cultures, and beliefs of antiquity. Many of these strongholds have the same oversimplifying and near circular, conspiratorial flavor that he describes in the early chapters of his 1908 book, Orthodoxy (from his chapters “The Maniac” and “The Suicide of Thought”). The prose, however, does not read with lightning speed for us today (though in his day it was considered “popular level”). It takes time to get used to his style, but it is one of those things you will not regret if you make the effort. Indeed, you might even see what has been lost in our age of overly simple prose.

Popular answer: During the history of Israel, pre-Christ, God was trying to preserve uniqueness/ holiness of Israel so that it could preserve His special revelation and produce righteous people like a Mary, Joseph, John the Baptist, etc.

But this answer seems thin, doesn’t it?

Chesterton gives a similar answer, but in a richer and fuller form by summarizing both paganism and the cultural context of Biblical times.

“Instead of dividing religion geographically and as it were vertically, into Christian, Moslem, Brahmin, Buddhist, and so on, I would divide it psychologically and in some sense horizontally; into the strata of spiritual elements and influences that could sometimes exist in the same country, or even in the same man. Putting the Church apart for the moment, I should be disposed to divide the natural religion of the mass of mankind under such headings as these: God; the Gods; the Demons; the Philosophers.”

We have the monotheism of the Jews, the gods of the pagans, philosophers of ancient Greece, and the cultures (usually highly advanced. Commercial, and utilitarian) that consorted with the demons. The only times the first three were ever united, the prophets, pagans, and philosophers, were in their disgust for and opposition to the demon-consorting peoples. This demon-consorting always manifested itself in child-sacrifice.

Chesterton will go on to say that the only other thing the united the pagans and philosophers was the fulfillment of the prophecies of Israel – the Incarnation.

An important point to understand that ancient Paganism was akin to modern relativism. Hillary called it “Ideological Entropy” or “Religious Entropy” which are great ways to describe it. It is the natural tendency to move from monotheism to polytheism, 1) because we want to get along with others so it’s easier to just add their gods to our own and 2) monotheism, although at the back of all of ancient paganism in some form or another, was too hard and too big to hold for the ancients. Chesterton writes:

“Yet the meaning will again be missed, if it is supposed to be anything so conscious and vivid as the monotheism of Moses and his people. I do not mean that the pagan peoples were in the least overpowered by this idea merely because it is overpowering. On the contrary, it was so large that they all carried it lightly, as we all carry the load of the sky. Gazing at some detail like a bird or a cloud, we can all ignore its awful blue background; we can neglect the sky; and precisely because it bears down upon us with an annihilating force it is felt as nothing.”

Is this not our own struggle? We who have tasted so great a salvation that the Jews and pagans alike only long for in dim dreams so easily forget the God in Whom we live, and move, and find our being. He is so easily forgotten for He is everywhere!

Chesterton writes that the myths of paganism “never were a religion, in the sense that Christianity or even Islam is a religion. They satisfy some of the needs satisfied by a religion; and notably the need for doing certain things at certain dates; the need of the twin ideas of festivity and formality. But though they provide a man with a calendar they do not provide him with a creed. A man did not stand up and say ‘I believe in Jupiter and Juno and Neptune,’ etc., as he stands up and says ‘I believe in God the Father Almighty’ and the rest of the Apostles’ Creed.”

What would unite the two? Christianity!

“It was here that I first read a volume of Chesterton’s essays. I had never heard of him and had no idea of what he stood for; nor can I quite understand why he made such an immediate conquest of me. It might have been expected that my pessimism, my atheism, and my hatred of sentiment would have made him to me the least congenial of all authors. It would almost seem that Providence, or some “second cause” of a very obscure kind, quite over-rules our previous tastes when It decides to bring two minds together. Liking an author may be as involuntary and improbable as falling in love. I was by now a sufficiently experienced reader to distinguish liking from agreement. I did not need to accept what Chesterton said in order to enjoy it.

His humour was of the kind I like best – not “jokes” imbedded in the page like currants in a cake, still less (what I cannot endure), a general tone of flippancy and jocularity, but the humour which is not in any way separable from the argument but is rather (as Aristotle would say) the “bloom” on dialectic itself. The sword glitters not because the swordsman set out to make it glitter but because he is fighting for his life and therefore moving it very quickly. For the critics who think Chesterton frivolous or “paradoxical” I have to work hard to feel even pity; sympathy is out of the question. Moreover, strange as it may seem, I liked him for his goodness.” from Surprised By Joy, C.S. Lewis

“Now the best relation to our spiritual home is to be near enough to love it. But the next best is to be far enough away not to hate it. It is the contention of these pages that while the best judge of Christianity is a Christian, the next best judge would be something more like a Confucian. The worst judge of all is the man now most ready with his judgments; the ill-educated Christian turning gradually into the ill-tempered agnostic, entangled in the end of a feud of which he never understood the beginning, blighted with a sort of hereditary boredom with he knows not what, and already weary of hearing what he has never heard. He does not judge Christianity calmly as a Confucian would; he does not judge it as he would judge Confucianism.”

Link to and online version of The Everlasting Man: http://gutenberg.net.au/ebooks01/0100311.txt

Great background information on The Everlasting Man from the American Chesterton Society: https://www.chesterton.org/lecture-44/

George Macdonald was mentioned as someone who baptized C.S. Lewis’s imagination (while Chesterton baptized his intellect). Here is a website dedicated to his work: http://www.george-macdonald.com/