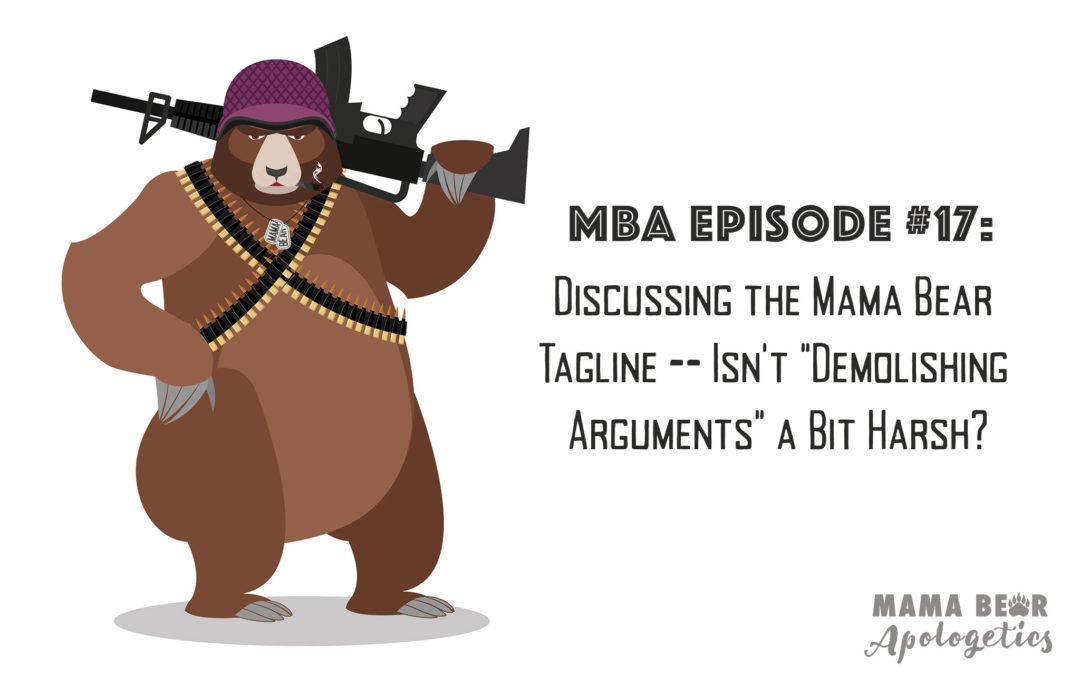 At Mama Bear Apologetics, our motto is “Mess with our kids, and we will demolish your arguments.” For those who have seen the carnage wrought by the battle of ideas, this tagline makes immediate sense. For others, the question becomes “Is that a Christian attitude? Isn’t demolishing things too aggressive for Christians?”

The short answer to this is, “No, it is not.” In fact, it is a Biblical mandate from 2 Corinthians 10:5! This passage (starting in verse 4) says, “The weapons we fight with are not the weapons of the world. On the contrary, they have divine power to demolish strongholds. We demolish arguments and every pretension that sets itself up against the knowledge of God, and we take captive every thought to make it obedient to Christ.”

We are never called to demolish people, but we are called to demolish arguments. Colossians 2:8 warns us not be “held captive through hollow and deceptive philosophies, which depends on human tradition and the elemental spiritual forces of this world rather than on Christ.” 2 Corinthians 10:5 calls us to take these thoughts captives to Christ. As much as people like to think they are “free thinkers,” it is really a matter of who or what we are captive to.