MBA 16: Addressing the Divide From the Women’s March 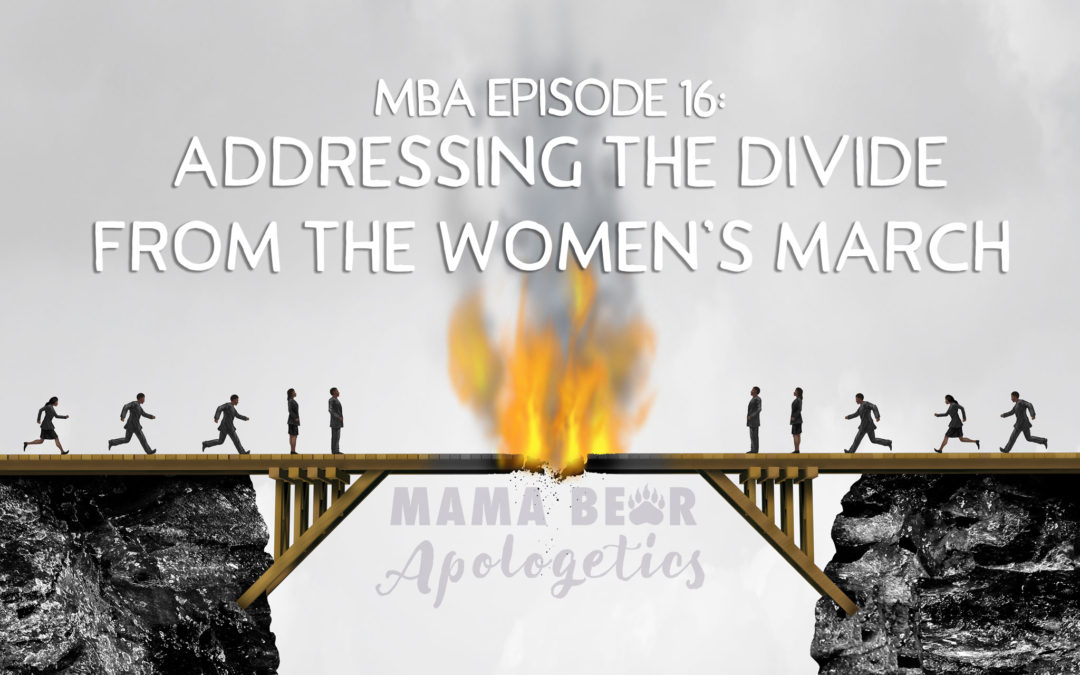 When I posted the blog this weekend dissecting the “Guiding Vision and Definition of Principles” from the women’s march, I never expected the kind of attention that it would receive. And while I stand behind my words, that one post was never intended to be my defining moment. I value balance, and there is only so much you can include in a single blog post.

In this podcast Rebekah and I take our own advice from previous podcasts and hash through both the good and the bad from the march. Our goal as Mama Bears is to embrace the good, and reject the bad. However, we cannot do this without first understanding the landscape of the argument. Thus, we first discuss the good we can affirm from the March on Saturday. And while most of the feedback regarding my article was positive, I want to affirm the individuals who had valid critiques and address their concerns. We cannot embrace the good and reject the bad if we don't first seek to understand. Click To Tweet

Secondly, we discuss where the controversy is stemming from. Women’s rights are not a controversial topic, and I know few people who would disagree that violence against women is wrong. So why all the controversy? In this podcast, we discuss portions of the book Rules for Radicals and compare it with what we saw going on at the march.

Finally, Rebekah and I share 4 important tips for engaging in productive and God-honoring dialogue regarding this (and really any) controversial topic. This is an important moment Mama Bears! We cannot afford to be unwise in the way we handle controversy. (Colossians 4:5) We are called to be in the world, and yet not of the world. This is a difficult concept for adults, let alone for kids. Now is the time to model what that means. Join Rebekah and me on our journey, addressing the divide left from the women’s march.

Quotes from Rules for Radicals