MBA 13: Resolutions and Legalism Part 1 – An Intro to Jonathan Edwards 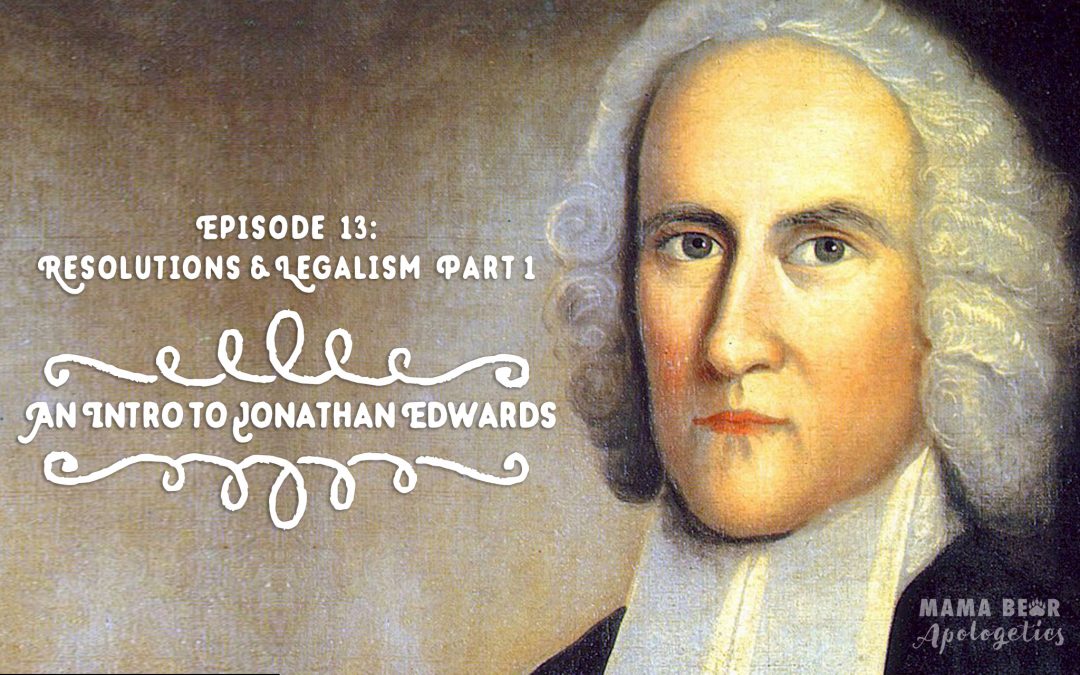 In this podcast, Rebekah and I introduce you to one of the central figures of the Great Awakening: Jonathan Edwards. Why is he such an important figure to discuss? He is what many people would classify as a “fire and brimstone” preacher who lived in the mid 18th century (i.e. mid 1700’s). In preparing for this podcast, I read his most famous sermon, “Sinners in the hands of an angry God”, and was really surprised at my own reaction. While there was a part of me that was repulsed at this God of wrath that he described, there was another part of me that recognized how much truth was in his words, and I was in awe that he could proclaim so boldly and so articulately a topic that would nowadays make you quite unpopular. (I still can’t totally recommend it though as a balanced approach. I think he goes too far, but we’ll discuss that in the podcast.)

My mixture of revulsion and awe was so extreme and caught me so off-guard that I had to get to the bottom of it. One should never let such an extreme visceral reaction go unanalyzed. J What I realized was this: I don’t hate sin like God hates sin. Jonathan Edwards did. Jonathan Edwards understood (as much as I think a man can) what sin does to us and to those around us, and it was his reviling of sin that led him to take such an extreme position on purity (hence, “the Puritans”).

In this two part series, Rebekah and I will first take you through an introduction to Jonathan Edwards, the time period he was writing in, and the audience he was speaking to. Only then can his famous “resolutions” make sense – which we will take you through in part 2 – a Mama Bear-ized version of course. Ain’t nobody got time for 18th century language. (Except Rebekah. She loves that stuff.) If you don't understand the context, you'll completely miss the relevance. Click To Tweet