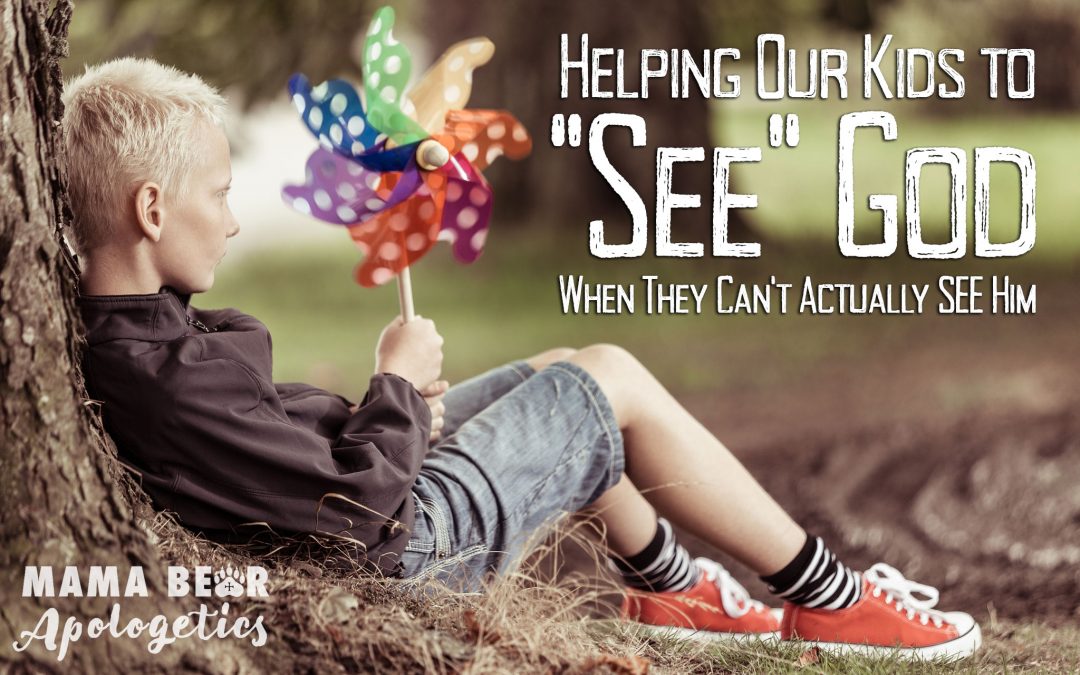 The other night, as I was tucking my five-year-old son into bed, I was encouraging him to pray. He asked Jesus into his heart nearly a year ago and has such a passion for studying the Bible, but he still struggles with the concept of prayer. And I have to admit, this has been a more difficult thing to teach than I originally thought it would be. I want him to know he can pray to God any time about anything but I don’t want him to think God is up there to grant all of our wishes. We are to take everything to God in prayer, but we are to ask according to the Lord’s will. That is often hard for adults to understand, so it is definitely a difficult concept for a five-year-old to grasp. He has moments where his prayer requests are so sweet and thoughtful, like when he would pray for his Grandmama when she was battling leukemia. But then, sometimes he’s asking to win a t-ball game. But honestly, is that so different from our prayers at times?

On this particular night, he was insisting that we continue to read more of his Bible, even though it was already way past bedtime. I wanted to use this as a good, teachable moment. I told him that we don’t just read our Bible at bedtime (which he knew already), but I made the connection to prayer as well. I said that just like we can read the Bible at any time and in any place, we can also pray to God at any time and in any place. He thought on that for a minute. Then he said, “But mommy, I can’t see God.”

And now, even as a five-year-old, he touched on something that most adults struggle with, particularly those who refuse to believe in a God at all. We can’t see God. We can’t touch Him. So how do we know He’s real? It’s a question I address in the very first chapter of my book, Teaching Others to Defend Christianity. Most often, when people demand proof that God exists, they are demanding physical proof where we can touch, weigh, and measure God. There’s this idea that only when we physically see God can we safely declare, “There God is!”

But there are lots of things that exist that we can’t touch, weigh, and measure. So, I asked my son, “Can you see the wind?” No. “Can you see love?” No. “Can you see gravity?” No. Yet we are very confident that those things exist! The evidence we have for the existence of those things is found in other ways: love can be shown; gravity can be experienced; sadness can be expressed; intelligence can be demonstrated. The cumulative evidence of the effects of these things gives us confidence that they do exist. Thus, their invisibility does not make them any less real.

But honestly, we are invisible too. We don’t really “see” each other, either. What makes you who you are is not merely your physical components. You are a spiritual entity, made up by more than just atomic material assembled in a way that resembles a person. You have drives, passions, theoretical thoughts, ideas, and dreams. Your mind and personhood exist as a separate entity from your physical body. Therefore, when we see each other, we are only seeing the physical representation of who we are, but not our inner spirit. So we aren’t able to “see” God in the same way that we aren’t able to “see” one another. We can’t physically see them, their soul, their mind, or their desires. We are equally invisible to one another, just as God is invisible to us.

So when things like wind, emotion, intelligence, and gravity are invisible, we must use a different kind of proof in establishing their existence. Likewise, we must use a different kind of proof to establish the existence of God. One way we can do that is by using the same evidence we use in a court of law: presumption of fact, where a fact constructed logically from other proven facts will stand to be true unless it can be refuted otherwise. We use this concept every day. We cannot repeat the past, so we rely on our knowledge of how things work to establish what most likely occurred. For example, if you walk out to your car in the morning and find the window smashed in and the stereo missing, you have a solid presumption of fact that someone broke in and stole it. You know that natural means alone would not explain the evidence you observe about the condition of your vehicle. So unless someone can prove an alternate explanation, the presumption of fact that someone broke into your vehicle and stole your stereo will stand to be true. This is even such a solid fact to you that you will then call the police about it.

How does this relate to the existence of God?

Just as we stated in the example above, there are innumerable things in this world and in our existence that natural means alone cannot explain. This is not a “god of the gaps” mentality, which implies that we don’t understand something therefore we insert “god” in it. This is using our knowledge of what we do understand about how nature works to conclude that something more than natural processes produced this effect. Certain things can only be explained by the working of an intelligent mind as their source. We have coded information in our DNA. In any other area of our lives when we see information contained in a code we know that is from the working of an intelligent mind. We have complex systems in our body that require the integration of multiple working parts, specific laws of physics that allow for life to exist here on earth, and an inherent sense of morality. None of these things can be adequately explained by the purely natural world around us. Because of our knowledge of how the world works, materialism cannot account for the existence of these things; so our presumption of fact is that this world is the result of an intelligent Mind.

In discussing this concept, I’ve often used this analogy. I walk into my kitchen to find a glass of milk knocked over and spilled onto the floor yet no one is in the room. The atheist would say the glass poured milk into itself and then knocked itself over to spill on the floor. The agnostic would say there is no way to know exactly how the glass of milk got there or why it spilled. They would suggest maybe one day we will find a natural explanation for all of this. The theist would say, because of how I know the world works, my child tried to pour himself a glass of milk and ended up spilling it onto the floor. Unless you can prove to me otherwise, that is my solid presumption of fact based on how I know things work. I’m not inserting an intelligent being simply out of desperation because I can’t explain what happened. The intelligent being is the logical explanation of what happened. Like the spilled milk on the floor, the information, design, intricate detail, and morality exhibited in life here on earth indicate that an intelligent, moral Being is responsible for its existence. It is because of what we do know, not because of what we don’t know, that proves God exists – whether we can visibly see Him or not.