The Dobbs SCOTUS Leak: What Happened, What it Means, and Why it Matters 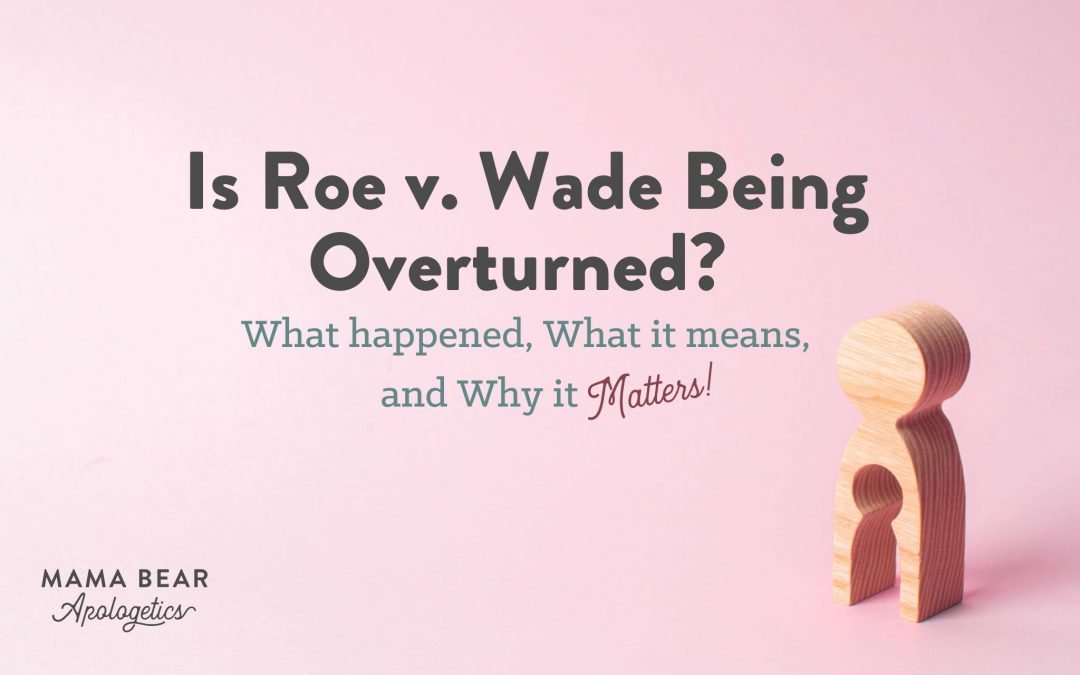 Two days ago, a judicial cowpie hit the proverbial fan when a supreme court justice document in favor of overturning Roe v. Wade was leaked to news outlet Politico.

This 98-page behemoth (which you can read here) was written by Justice Samuel Alito. He argues that the right to abortion passed under Roe v. Wade isn’t constitutionally protected and should, thus, be repealed.

The document has since been confirmed to be authentic by fellow Chief Justice John Roberts but isn’t necessarily the final resolution. We’ll probably have to wait until late June for that.

Even though we don’t yet know the ending to this pro-choice cliffhanger, Robert’s confirmation signaled to the world that the U.S. Supreme Court was indeed considering the possibility of a post-Roe world. So, naturally, everyone is freaking out.

Why this is significant

Some of you might be thinking, So, the document was leaked. Don’t we have a right to know what’s going on? Sure, but it’s not the awareness of the proceedings that is the issue. It’s the potential corruption from the biased influence of the people that makes this leak a huge problem.

First, court Justices’ deliberations leading up to decisions are usually guarded like the gates of Area 51. But that doesn’t mean a few secrets don’t sneak out every now and then. These, however, have all been word of mouth. Whispers in hallways.

That is what makes this leak so astounding. There has never been a breach of this magnitude where the Court decision has been smuggled to the public in advance.

So yeah, calling this situation a ‘leak’ is like saying the Hindenburg had a minor malfunction. That blimp, and the U.S. political climate right now, have dun blown up!

Secondly, this breach is significant because it opens the floodgates for the public to influence the Court’s decision. Part of the role of the Supreme Court is to take an unbiased look at whether a mandate is protected under the Constitution regardless of their own personal political and ethical leanings.1Before we get into how Politico earned a slow clap for impeding the judicial process to boost their ratings, let’s look at what the Supreme Court does and does not do, in case you’re like me and have only a foggy memory of high school civics. The Supreme Court protects and interprets the Constitution. Every year, around 7,000-8,000 cases are petitioned for their view, and around 120 are accepted. These are usually the most controversial and/or have political party transcending implications. As was the case of Roe v. Wade. Just like with Scripture, not everything we deal with today was specifically and explicitly covered within the Constitution. This is where the right interpretation comes into play. It’s basically constitutional hermeneutics. Taking an unbiased look at the original tenets and determining their modern-day application, free of political or moral leanings. Thus ensuring “Equal Justice Under Law.”

This includes the less than impartial political and ethical leanings of the general public currently protesting outside city hall. Yes, leaked details of earlier Supreme Court decisions have led to a public outcry, but never has it been at this level.2Ironically, the initial decision of Roe v. Wade was leaked. https://www.townandcountrymag.com/society/politics/a39894046/supreme-court-leak-history/

What a repeal would and wouldn’t do

Before people start celebrating on social media or protesting in the streets, let’s take a note from SNL’s Nadeen and simmer down nawh! Because there are two huge myths going around your local media right now. Shocking, I know.

First, let’s be clear: repealing the constitutional right to an abortion DOES NOT MAKE ABORTION ILLEGAL.

Instead, it would sanction each state to determine for itself whether to allow non-medically necessary abortions. More conservative states would likely institute stricter guidelines or outright outlaw elective abortions. More left-leaning states likely would not.

Pro-choice advocates are panicking because, for almost 50 years, every state was legally forced to permit some degree of elective abortion. This universal mandate would weaken if Roe is repealed.

Second, if repealed, this wouldn’t strip women of their constitutional right to an abortion. Instead, it shows that it was never constitutional to begin with. Which is an enormous difference.

If the first part were true, then this would be a breach of justice. If, however, it’s shown that abortion isn’t constitutional, then people are claiming that they’ve been robbed of something that was never theirs.

Show me a culture that allows sacrificing a child in the name of freedom, and I’ll show you a culture in bondage to a false god Click To Tweet.

Mamas, this battle isn’t just political, philosophical, moral, or biological…it’s spiritual. And we can’t hope to wage war against the false philosophies that seek to destroy the most vulnerable of our society if we don’t meet it on the true battlefield.

The Court will release its decision at the end of June-early July. That’s eight weeks of prayer, mama bears, for the most important Court ruling in a generation. See our blog here for how to pray over the situation.

Next, let’s put our money where our mouth is. Many arguments in favor of abortion (which we’ll address in our next blog) are rooted in an unmet need. These women feel alone, abandoned, or their future’s lost because of an unplanned pregnancy.

This is so fixable! Help mothers see that the community and support they need can be found in their local church. Our focus is both womb and lifelong. If you aren’t already, please give to your local life-affirming ministries that meet the needs of pre- and post-natal mothers. And pray — no seriously pray hard — about whether the Lord is calling you to be a foster or adoptive parent. (Or look into becoming a respite parent, someone who helps those who foster.)

Lastly, we need to hone our apologetic witness if we are to stand firm against the coming attacks from pro-choice advocates. This is especially important for our older kiddos who will no doubt be discussing the pending ruling with friends and on social media.

In our next blog, we are going to look at the most common challenges you are likely to hear in the coming weeks. We’ll also offer practical tips for navigating these discussions with truth and grace and resources for further reading. So stay tuned because you won’t want to miss it!